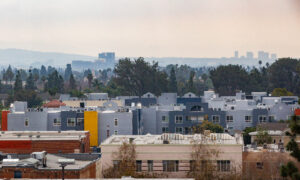 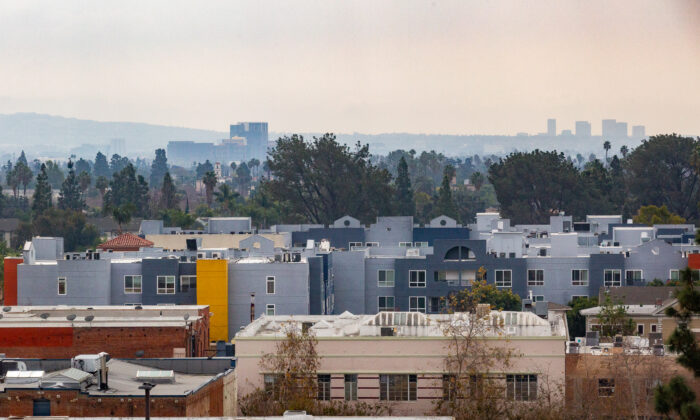 On Sept. 16, two days after he handily survived a recall attempt, California’s Democratic Gov. Gavin Newsom signed into a law a bill that obliterates zoning for detached single-family housing in the state.

The bill, SB 9, enjoyed the support of nearly everyone whose interests seemed to count: affordable-housing advocates, environmentalists concerned about “suburban sprawl,” the state’s powerful real estate industry, and nearly all the media. There was only one group whose voices were studiously ignored: homeowners themselves and their local elected officials who have traditionally been in charge of zoning decisions in California and elsewhere.

SB 9, overriding residential land-use planning in all cities and towns in California with populations of more than 2,500, is a major strike at the grassroots local control of local institutions that has been a hallmark of American democracy.

The new state law permits the owner of a parcel of land zoned for a single detached residence to split the parcel in two and build a duplex on each of the new half-size plots. That would mean four units of housing on land originally zoned for just one. That number could go up to as many as six units, because a 2017 California law already permits owners to add a “granny flat’’—a backyard guesthouse—to any piece of residential property. SB 9’s only proviso is that each of the new parcels must be a minimum of 1,200 square feet in size, which works out to a tiny 600-square-foot footprint for each half of a duplex. As for parking, SB 9 allows localities to require only one parking space per unit—or none at all if the site is close to public transportation or a shared-vehicle location. And thanks to convoluted language about fireproofing in the new law, the new, higher-density provisions seem to apply even in vulnerable burn zones such as the rural towns wiped out in recent California wildfires where escape roads are few.

The new law is wildly unpopular. A poll taken by David Binder Research in late July, while SB 9 was pending in the California legislature, found that 63 percent of registered voters opposed it, and 67 percent opposed a companion bill, SB 10, also signed into law by Newsom on Sept. 16, that allows cities to streamline their zoning processes to allow the construction of apartment houses of up to 10 units on single-family lots near public transit. More than 240 California municipalities joined a statement opposing both bills. Opponents included affluent Silicon Valley suburbs such as Palo Alto, and the City Council of Los Angeles, whose San Fernando Valley, with 1.9 million inhabitants, nearly half the city’s total population, is about 43 percent Latino, many of them occupying modest 1950s-era tract houses on leafy streets. That kind of opposition killed similar bills in 2019.

But eliminating single-family residential zoning is a top goal of progressive policy elites across America. In 2019 Oregon became the first state to ban it effectively in many cities. In 2018 the city of Minneapolis adopted a long-range plan that would eventually eliminate it, and the California cities of Berkeley, Sacramento, San Francisco, and San Jose have all begun similar processes. Opponents say single-family zoning is systemically racist, pointing out that the first such local law in America, passed in Berkeley in 1916, seemed designed to exclude black dance halls and Chinese laundries from wealthy white neighborhoods. This although Jim Crow is long gone, and according to research by urbanologists Joel Kotkin and Wendell Cox, in metropolitan areas of more than 1 million more than two-thirds of blacks and Latinos live in outer areas where single-family houses are the rule.

Other single-family opponents cite the perceived negatives of suburban sprawl, arguing that packing people into high-density housing units will negate the burden on the environment from additional water, electrical, street, and sewage infrastructure—ignoring the obvious negative effects of increased density on current infrastructure. Anti-automobile Greens hope that reductions in residential parking will force Americans out of their cars and onto public transportation. Anti-poverty advocates claim that forging multifamily structures out of single-family parcels will make housing affordable in a densely populated state, California, where the median price for a single-family house now tops $800,000, making homeownership an increasingly elusive dream for the middle class. And real estate developers, whose hugely funded lobby aligned itself with the left to push SB 9 and SB 10 through the California legislature and onto Newsom’s desk, undoubtedly salivate at the teardowns, the massive construction frenzy, and the idea of boosting one home sale into four. Indeed, the new California law is likely to be a bonanza for the corporate investors who are already gobbling up houses once owned by middle-class people and turning them into rentals.

Of course, as with all such utopian visions, the reality is likely to be somewhat different. Just for starters, SB 9 exempts houses that are historic landmarks or are in designated historic districts. That means the charming Victorians and Queen Annes and Craftsmans that are already in the multi-million-dollar range. The rich won’t suffer from seeing their neighborhoods destroyed and their property values diminished by teardowns, cheesy multifamily construction blighting their blocks, trees and other landscaping chopped to the ground, and impossible parking for any household where more than one member needs a car to get to work. Indeed, the value of single-family homes in prime neighborhoods is likely to soar as they become rarer. They will soar out of sight for middle-class people who had hoped that a house of their own, with a yard where they could grill and their children could play, would be a part of their future. Kotkin and Cox call “the aspiration of regular people to own homes … arguably one of the greatest achievements of postwar democracy.” Count with that the ability through local zoning to create and maintain the kinds of communities where they want to live.

There are ways in which California and other states could make housing genuinely more affordable: eliminating fees and regulations that are disincentives for construction as well as “green” restrictions hindering the development of outer suburbs. We can hope that the Californians of all races who treasure their neighborhoods will act to bring to an end a badly conceived density law that the overwhelming number of them oppose.