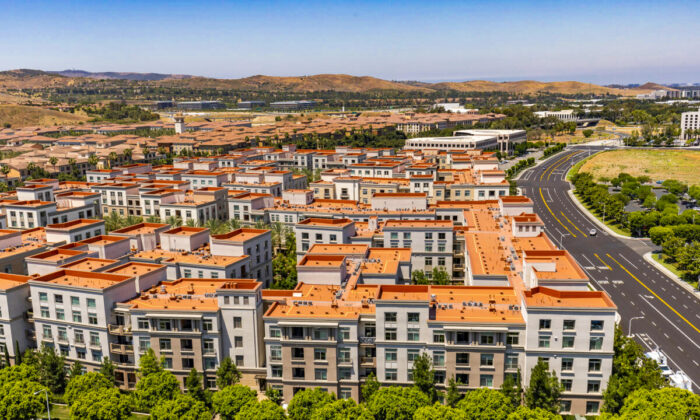 California is facing an affordable housing crisis as the state is 2–3 million homes short of being able to house the entire population, according to a recent study (pdf).

The Little Hoover Commission—a bipartisan oversight agency that makes recommendations to the governor and state legislature on how to improve the efficiency of state leadership—began discovering in summer 2021 that there is a lack of focus on affordable homeownership, citing 2 million residents living in poverty.

“The consequences of the state’s housing crisis are devastating,” Little Hoover Commission Chair Pedro Nova stated in the letter to Gov. Gavin Newsom and members of the legislature on March 9. “Many families have plunged into poverty, Californians are being pushed further away from their jobs, and others are thrust into crowded living conditions.”

While the Golden State has the largest economy in the country, the poverty rate in the state, when considering the cost of living, is at 17.2 percent, which is the highest in the nation, according to the study.

As more than 2 million residents are among those living in poverty, most of these residents spend 50 percent or more of their income on housing, the study states.

To ensure adequate housing for state residents, the state needs 1.8 million to 3.5 million more homes to house the population, according to the study.

To meet this need, the building of 180,000 new housing units annually between 2015 to 2025 was demanded by the Department of Housing and Community Development, according to the study. However, only 80,000 new units are being built annually.

Project Manager of the Little Hoover Commission Krystal Beckham said to combat the housing crisis, the state should address the affordable housing crisis in the same way Newsom addressed the wildfire crisis by creating workgroups to find obstacles and identify practical approaches to address them.

“Let’s get straight down to it,” Beckham told The Epoch Times. “Then we could apply those lessons of where the key points and obstacles are and how to overcome them to spurring affordable housing in California.”

Another aspect that can speed up affordable housing in the state is closing data gaps. There is a lack of data that makes it unclear for policymakers to understand how to make housing more affordable, Beckham said.

Once the bridge between missing data is filled and transparent, policymakers can make more informed decisions, she said. Key information that is missing can include development fees which can add more to the cost of a home.

“We were trying to get a better understanding of that data and we couldn’t find it,” Beckham said. “There’s so much missing data … How can policymakers make good policy if we don’t even know how much it costs to build a house?”

Other recommendations to achieving affordable housing goals, according to the study, are to measure progress, invest in shared equity models to make housing more accessible to all residents, and enforce accountability.

While Newsom has not yet responded to the letter from the Little Hoover Commission, the organizations are proceeding to set up multiple methods to work on implementing their advised recommendations by working with the California Department of Housing and Community Development and other agencies.

“We stand by our recommendations, and we consistently work on them until they’re implemented,” Beckham said.