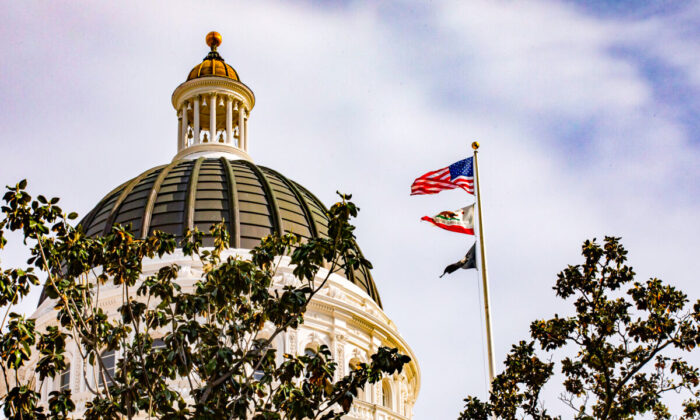 Is Gavin Newsom actually right that California is more 'free' than Florida?

Gavin Newsom’s commercial advertisement in Florida has been justifiably ridiculed as a thinly-veiled political ploy meant to prime audiences for his 2024 presidential run.

“Freedom is under attack,” the governor of the Golden State announced. “I urge all of you in Florida to join the fight. Or join us in California. Where we still believe in freedom.”

Was this a tongue-in-cheek self-deprecating joke by the state that still supports mask and vaccine mandates, whose cities are wracked with crime that goes unprosecuted and has its streets littered with used needles and homeless encampments?

Of course, Newsom’s primary intention was to favorably present himself in comparison to Florida Gov. Ron DeSantis, thereby getting a jump start on 2024, in which the two may eventually face off. This much was obvious.

But still, of all themes, why in the world would Newsom pick “freedom” to focus on?

The answer? Because it makes good electoral sense and perfectly aligns with the concept of freedom that is currently being pushed by every power-wielding institution in the United States.

The strategy goes beyond simply attacking DeSantis or winning progressive voters in a Democratic primary. It will still be effective if Newsom is up against Donald Trump come 2024. That’s because the issue cuts at the very heart of the widening chasm between left and right in America.

The traditional American principle of freedom is rooted in opposition to authoritarian government control. The latter becomes tyrannical when it seeks to constrain an individual’s ability to live by God-given rights.

Man consents to partially relinquish (or entrust, even) a portion of the latter to a government that can better secure those same rights than he otherwise could in a state of social isolation. That all-important term, “consent,” is secured through the election of representatives chosen by the people and entrusted with limited authority. Notably, this authority can also be revoked by the same people who initially granted it. The source of legitimacy in government comes only from the people.

The reaction to COVID-19 stands in direct contradiction to all of these premises. Decision-making authority over the economy, public health, and personal bodily autonomy were handed over to unelected bureaucrats and substance area experts. Instead of utilizing the latter for input and information, legislative authority was entirely ceded out of fright and panic.

Reasoned discussion over available policy choices was replaced with fearful acquiescence—consent, with submission.

But this is not the conception of freedom that Newsom is discussing in his Florida ad. Instead, he stands for the New Left Marxist-derived “liberation” that replaces our uniquely human freedom (imparted by our Maker) with an animalistic and unrestrained license (resulting from pure materialism).

Subsequently, the democratic process is no longer expected to remain within the confines of a system meant to ensure that rights bestowed by God remain uninfringed; instead, government becomes the domain of removing barriers to the fulfillment of all worldly desires. This naturally lends itself to a centralized authoritarian system, which the left is only all too in favor of, as long as those positive “rights” are guaranteed.

Consider the accusations of violating citizen “freedom” with which Newsom holds Florida in contempt.

The ad points to an article that states that Florida banned more than 40 percent of math books after review. The Florida Department Of Education provided examples of this material that focused on “racist polynomials,” testing racial prejudice, and social and emotional learning (in math). The list was inexhaustive.

To use the terminology of “book banning” for selecting appropriate textbooks that exclusively focus on math at the expense of social ideology (which makes sense, given that it is for a math curriculum) is dishonest.

Continuing the theme, the ad goes on to reference an article about how Walton County decided to ban books about “LGBTQ families, racial justice, school shootings, mental health struggles, and even 9/11.” This is a misrepresentation of the age–inappropriate material proliferating in school libraries.

Children are not sexual beings and do not need to be introduced to inherently sexual concepts, especially without their parents’ presence or explicit consent (there’s that word again). Regarding school shootings, mental health struggles, and 9/11, it wouldn’t be too much of a jump to guess that these were also age-inappropriate, politically motivated texts from one very specific angle.

“Racial justice” is another concept that is both implicitly and explicitly political. Following the lead of many other school jurisdictions across the country, Florida, in general, and particularly Walton County, stands firmly against critical race theory (CRT) in its curriculum.

Leftists like Newsom may argue that this is an excuse to “whitewash” any uncomfortable facts from American history. In reality, the approach (which has come to imbue much of the public-school curriculum) teaches that the United States is a uniquely evil country that is irredeemably racist and must be fundamentally restructured.

The article’s author is Daniel Uhlfelder, who happens to be running as a Democrat for attorney general in Florida. Uhlfelder is known for dressing as the grim reaper around Florida beaches during the COVID pandemic to criticize DeSantis’ refusal to shutter businesses and public spaces and shame beachgoers.

So parental choice over what their children should learn is bad and “fringe,” and shutting down social congregation is good, got it? No wonder Newsom picked this guy’s article in his video reel.

In a subsequent speech on July 13, Newsom continued his attack on DeSantis and the state of Florida by stating that homosexual teachers in the state were “under assault.” He expressed his apparent disbelief that anyone would worry about “grooming” (encouraging the premature mental, emotional, and physical development of a child’s sexuality).

The radical gender ideology that the Florida bill was intended to fight against inherently promotes the sexualization of children. Teaching acceptance doesn’t necessitate exposing children to the gamut of sexual proclivities or “kink.”

If Newsom doesn’t think this is happening, he should visit the LibsofTiktok Twitter page. He should also be more concerned that students across the entire country are being put into close contact with predators and hardcore themes under the guise of “acceptance.”

Books can (and have) been written on the different views of abortion. Newsom’s claim that Florida is criminalizing women and doctors is supported by an article stating that DeSantis signed a bill banning most abortions after 15 weeks. Besides the fact that this “restrictive” policy happens to be more lenient than abortion legislation in most liberal European countries, the very notion of a “right” to abortion goes back to the fundamental divergence in the understanding of freedom mentioned at the beginning of this article.

The notion—disingenuous to begin with—of a mere “clump of cells” becomes erroneous given the 15-week timeframe in question. The demand for elected and unqualified abortion up to the point of birth (a macabre procedure that should, in reality, be called what it is—infanticide) is the standard in Newsom’s California.

Once again, this is perfectly in line with freedom as pure license. It doesn’t matter if it’s a biologically living human. The mother has the choice over whether her baby survives because she’s understood to be the one natural spring from which it (not he or she) emerges and, thus, has the sole power to imbue it with life or death.

This perfectly encapsulates the atheistic roots of the leftist conception of freedom. A fundamental rejection of God—and with it the very confines of a fixed human nature—is the sufficient cause for the entire solipsistic humanist platform. Value and meaning are not seen to exist in themselves as a part of divinely ordained order, but are the result of human-designed social constructions. Disagree as one may, Newsom’s reasoning is perfectly valid even if his assumptions are fundamentally false. The progressive base of the Democratic Party will reward him for this consistency.

The right to consent to a government authority, to the measures which the latter may propose in accordance with a community’s medical, social, and educational calculations, is no longer seen as freedom. Choosing a tradition that prioritizes moderation, fortitude, prudence, and true justice is interpreted as human-made shackles from true liberation—paradoxically, slavery to passion.

No, Newsom’s ad about a free California is not a (purposeful) joke. It aligns with the voters he aims to win over and will resonate with an alarming number of American citizens. You don’t have to like him, but the reality is that Newsom is a very good 21st-century American politician.

What that says about the state of American politics, I leave you to decide for yourself.