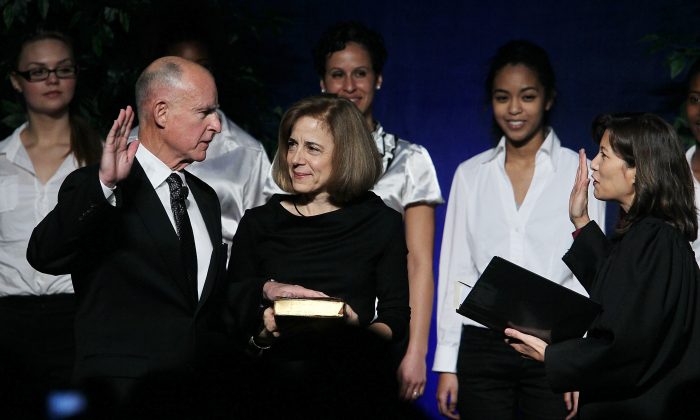 California Chief Justice Tani Cantil-Sakauye announced that she left the Republican Party and switched to No Party Preference (NPP) after the Senate confirmed Brett Kavanaugh to the Supreme Court.

The 59-year-old judge had reportedly been thinking about making such a decision for a while before the Kavanaugh hearings, she said during a phone interview with CALmatters.

“You can draw your own conclusions,” she said about her decision.

However, Cantil-Sakauye said the move did not reflect a change in her political views. She said she reached a consensus with her family and friends that “you didn’t leave the party. The party left you.”

Judge Brett Kavanaugh was confirmed to the U.S. Supreme Court on Oct. 6, with a vote of 50 to 48 in the Senate. The confirmation gave conservatives a 5-4 majority in the highest court of the United States.

“Judge Brett Kavanaugh is among the very best our nation has to offer. He will make the Senate and the country proud,” Senate Majority Leader Mitch McConnell (R-Ky.) said on the Senate floor right before the vote.

“This is an institution where the evidence and the facts matter,” he added, hitting back against sexual assault allegations against Kavanaugh that the FBI concluded were uncorroborated. “A vote to confirm judge Kavanaugh today is to end this brief, dark chapter in the Senate’s history and turn the page to a brighter tomorrow.”

Kavanaugh was chosen by President Donald Trump to replace Anthony Kennedy, a Ronald Reagan-nominee who announced his retirement on June 27.

In March 2017, Cantil-Sakauye wrote a letter to then-Attorney General Jeff Sessions and Secretary John Kelly, accusing the administration of policies that included immigration agents “stalking undocumented immigrants in our courthouses to make arrests.”

In response, Sessions and Kelly thanked Cantil-Sakauye for her letter (pdf), but said it was “particularly troubling” that she would use the word “stalking,” which is a known crime, to describe the behavior of immigration agents. They noted that the arrest of a person based upon probable cause is allowed by the constitution and is predicated on investigating and targeting specific persons.

Cantil-Sakauye was nominated by former California Gov. Arnold Schwarzenegger and took office in January 2011. She’s the first Asian-Filipina American and the second woman to serve as the state’s chief justice, according to her biography on the state courts’ website.

Brown has also nominated a fourth candidate, Joshua Groban, who is expected to be confirmed at an upcoming hearing. Groban served as a senior advisor to Brown since 2011.

Groban will replace Associate Justice Kathryn Mickle Werdegar, who retired in August 2017. She was nominated by Republican Gov. Pete Wilson.

The state Supreme Court has seven justices who are subject to a 12-year term limit.