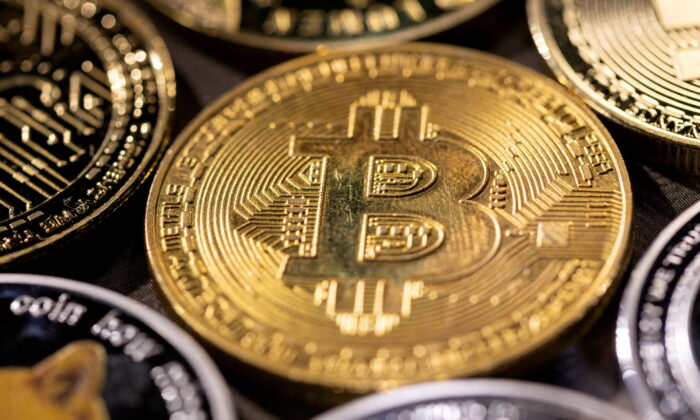 Representation of cryptocurrency Bitcoin is seen in this illustration taken on Nov. 29, 2021. (Dado Ruvic/Reuters)
Northern California

Californians will soon be able to donate to political campaigns using digital money, after a July 21 vote by the state’s Fair Political Practices Commission.

“We had to address the inherent concern with cryptocurrency and the opportunity it presents for illegal contributions because it is inherently and intentionally in some circumstances anonymous. In many circumstances, it’s untraceable. In drafting this regulation, we were cognizant of these very legitimate concerns,” Bainbridge told commissioners.

To avoid anonymous cryptocurrency contributions, donors must use a federally approved payment processor that will verify the identity of the contributor. The donation—up to the limits allowed by law—then would be converted into U.S. dollars.

In California, contributions are sent to state-registered recipient committees. Such committees represent candidates or organizations that raise political donations. A converted cryptocurrency donation, like other contributions, would go to such a committee. Committees are prohibited from holding cryptocurrency, according to the proposal (pdf).

“By preventing the committee from holding any cryptocurrency, that avoids concerns about the possibility of manipulation of value after transfer,” Bainbridge said.

The new regulation applies only to state and local political campaigns. Candidates for federal offices already may accept cryptocurrency donations. The California change will go into effect within two months.

Cryptocurrency is a digital, or virtual, currency that is an alternative form of payment that uses encryption algorithms. Crypto does not rely on banks to verify transactions. Instead, it uses blockchain to record all transaction updates. The first cryptocurrency, Bitcoin, was introduced in 2009, according to Kaspersky, a cybersecurity company.

With the changes, California will join 12 states plus Washington, D.C., that permit such contributions, according to officials.