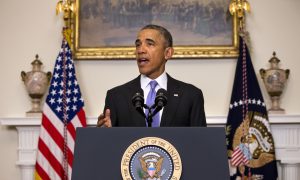 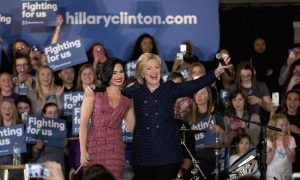 Clinton Courts Youth With Celebs, but Many Prefer Sanders
0 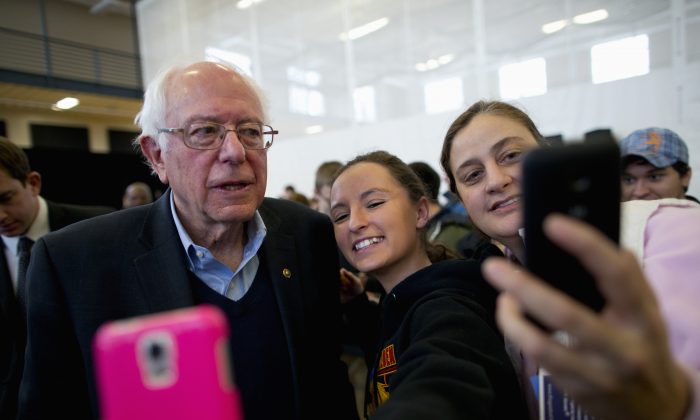 As the Iowa caucus and New Hampshire primary near, the Bernie Sanders campaign last weekend rolled into Montrose, Calif., a quiet hamlet nestled in the San Gabriel foothills just north of Los Angeles.

The latest polls for both Iowa and New Hampshire show Sanders pulling ahead of his rival Hillary Clinton. But backers of Mr. Sanders who gathered at Montrose’s Sparr Heights Community Center for phone banking to Iowa voters for next week’s caucus were not about to leave anything for granted.

Their mission was to keep up the momentum for Sanders, whom supporters characterized, as “a man with a plan,” in inadvertent homage to a movie with the same name about a 78-year-old Vermont farmer who wins a high political nomination without any backing.

Calling voters in Iowa, which has only about 1 percent of the delegate total to the Democratic National Convention, could be framed as a tune-up for June’s delegate-rich California primary. However, the importance of Iowa is that it is the first state to weigh in during the presidential campaign. The results can have a significant impact on how a candidate does in subsequent state primaries. The Hawkeye State has forecast the eventual Democratic presidential nominee since 1996.

In this presidential election year—with an unofficial mantra to expect the unexpected—it might be said that elitism in politics in both parties has been turned on its head in favor of a voice from below, in the vein of Seuss’s “Yertle the Turtle,” the one who forms the base.

Mr. Sanders’ supporters in Montrose appeared to represent a spectrum of ethnicities and age groups, from retired to not-yet old enough to vote such as just-turned 16-year-old Amira Chowdbury, a sophomore at Hoover High school, in Glendale.

Her praise for Sanders resides in his identification with the average man. “He tells the truth. He’s down-to-earth, not from the establishment—I like that. He flies coach like the rest of us, not first class,” she said.

At a time when most her age are into dating and worried about what others think, Ms. Chowdhury sounded every part of a future keynote speaker. She has even started a political discussion group at her school. Her dream, not surprisingly, is to major in political science when she heads for college in two years.

But this raises another concern: paying for her education. “Kids have so much debt when they get out [of college],” she said. A Sanders plan would alleviate this burden, she said, “education should be affordable or free.”

Universal healthcare is also a concern for the young woman. Her grandmother, she said, cannot afford the medicine she needs. “Equal access to quality healthcare should be a right, not a privilege.”

La Crescenta resident June Henry, in her 60s, works as a policy analyst for the state of California, and Karen Berger, of Montrose, is a retired legal secretary. While Ms. Henry handed out badges and T-shirts in exchange for donations, Ms. Burger, who took a taxi for the opportunity to use her own phone to call people in Iowa, was happy to hear her candidate speak to the gathering via livestream.

“He won’t take a drop of ‘big money,'” boasted Ms. Berger, alluding to the grassroots movement of Mr. Sanders that spurns donations from large corporations in favor of small ones from individuals. “He’s a breath of fresh air.”

“He tells the truth whether you want to hear it or not,” added Ms. Henry, who sides with his long-time agenda to lessen the gap between the socio-economic classes. “He’s been saying the same thing for fifty years, way back when he was with Martin Luther King.” Mr. Sanders joined Mr. King for the march on Washington in 1963.

Mr. Sanders’ start in politics came in 1981 as mayor of Burlington, Vt. Noted for standing up to large commercial developments, he is remembered for extensive downtown revitalization projects. US News and World Report in 1987 named him one of the country’s best mayors. He became the first Socialist elected to the U.S. House of Representatives in 1990, and won election to the U.S. Senate in 2006. He affiliated with the Democratic Party in 2015.

The film “A Man with a Plan,” came out in 1996. It starred the late Fred Tuttle, a retired, septuagenarian dairy farmer, playing himself. With a goal to get out of the barn and into the house, he runs against a well-oiled politician for Congress. As sometimes happens, life imitates art, and in 1998, on $16—the cost to register his name on the ballot—Mr. Tuttle grabbed the Republican nomination for Senate against an opponent who had put up millions.

U.S. Senator Patrick Leahy, Mr. Tuttle’s opponent in the general election, called him “the distilled essence of Vermonthood,” an example of both the “everyman” and of the unique individualist. Such seemed to be the allure for Bernie Sanders among his supporters in Montrose.