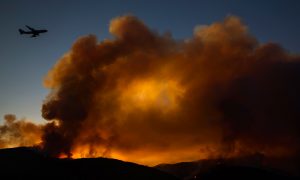 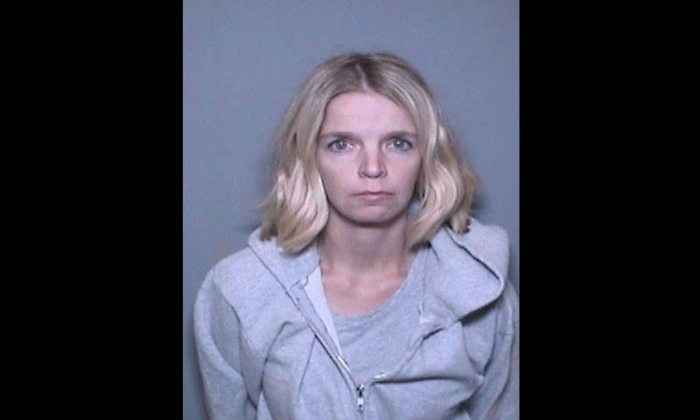 Ashley Bemis was arrested, on Dec. 18, 2018, when she allegedly scammed money from people who wanted to donate to California firefighters. (Orange County Sheriff’s Department)
Southern California

A 28-year-old woman from San Juan Capistrano, California, was arrested on Dec. 18 for allegedly scamming both individuals and companies that were trying to donate to the California wildfire effort.

“The woman is accused of collecting donations worth thousands of dollars and keeping them for her personal benefit,” wrote the Orange County Sheriff’s Department in a statement on Facebook.

Ashley Bemis is accused of lying on multiple social media pages about having a firefighter husband named Shane Goodman who was working to combat the August 2018 Holy Fire in Riverside and Orange counties, according to the OC Register.

“Shane works for Cal Fire and is out on the Holy Fire right now,” she wrote in a now-deleted Facebook post, reported the Register. “I also have two other family members and many friends out on this fire and other fires burning here in California. I received a text today from Shane saying it’s pretty much a living hell out there battling the unpredictable ‘Holy Hell Fire.'”

Bemis is believed to have collected more than $2,000 in donations, including cash and items such as water, sports drinks, socks, and camping equipment from various sources.

“She solicited for items she claimed would benefit the firefighters working alongside her husband battling the blaze that ultimately burned more than 23,000 acres in the Cleveland National Forest and destroyed 18 structures,” read the police statement.

Sheriff’s Department Lt. Mike Peters told the Register that Bemis did deliver some of the donated items to a command post in Irvine, but hundreds of other items were later found in her possession.

Her actions began to raise suspicion, and investigators were soon alerted by members of the community about Bemis’s decadelong history of fraudulent behavior, including faking multiple pregnancies to try to convince people to donate money to her. It was also found that a firefighter named Shane Goodman did not exist anywhere in the country.

As more information came out, Bemis appeared on a Nov. 1 episode of the television show “Dr. Phil” to tell her side of the story. At the time, she hadn’t been charged with any crime. However, three of her victims were invited to confront her on the show.

“Not only did Ashley invent a fantasy spouse, she created entire fake families, stole photos of other people’s children, and even wore a fake baby bump,” said Dr. Phil on the episode.

Bemis was also accused of convincing her neighbors to throw her a baby shower after claiming she was pregnant and her husband and other children had died in a car crash.

On camera, she told Dr. Phil that she was actually trying to help the firefighters during the Holy Fire, and she was only trying to make her story sound “more believable” so people would donate.

“I felt like if I was just a girl that wanted to help, no one would believe me. I felt like I needed to give it a why,” she said.

Bemis also admitted on the show to creating a fake Facebook page for Shane Goodman, her fictitious husband, and stealing someone else’s photo for the account.