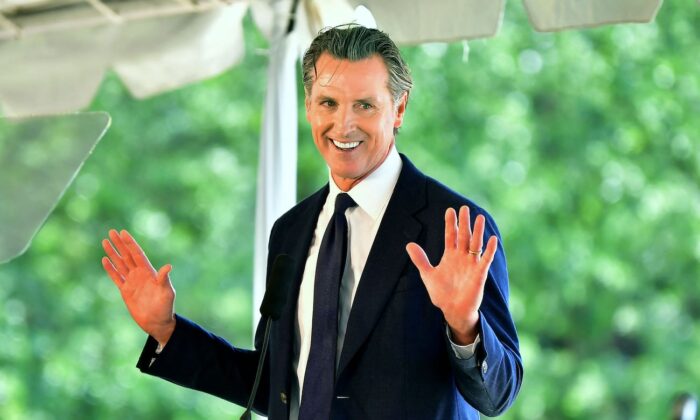 California Will Develop Its Own Low-Cost Insulin: Newsom

California Gov. Gavin Newsom announced on Thursday that the state will develop its own “low-cost” insulin—an essential hormone that many rely on to treat their diabetes—making the state the first in the country to pursue such an effort.

In a video shared on Twitter, he said that “people should not go into debt to receive life-saving medication.”

“Many Americans experience out-of-pocket costs anywhere from $300 to $500 per month for this life-saving drug,” he said. “California is now taking matters into its own hands. The budget I just signed sets aside $100 million so we can contract and make our own insulin at a cheaper price, close to at cost, and make it available to all.”

Newsom last week signed a $308 billion state budget. He said on Thursday that $50 million in the budget will go toward developing low-cost insulin products and another $50 million “will go towards a California-based insulin manufacturing facility” that he says will “provide new, high paying jobs and a stronger supply chain” for the diabetes medication.

Millions of people with diabetes, whose bodies cannot make insulin or respond well to it, use injections of the manufactured version of insulin to keep their blood sugars within normal ranges to ward off multiple health complications.

Earlier this month, senators in Congress introduced a bipartisan insulin bill to cap insulin costs. Senate Majority Leader Chuck Schumer (D-N.Y.) praised the bill, introduced by the co-chairs of the U.S. Senate Diabetes Caucus, Sens. Susan Collins (R-Maine) and Jeanne Shaheen (D-N.H.), and said he would bring it to a vote on the Senate floor “very soon.” The bill, if passed, would take effect for those with coverage on Jan. 1, 2024.

The price of a product usually falls over time, but insulin continues to rise in cost to consumers. Three companies—Sanofi SA, Eli Lilly and Co., and Novo Nordisk—own some 90 percent of the market for insulin, which was first isolated in the 1920s.

About one in five insured Americans pay more than $35 per month for the treatment, while the rest pay about $23 per month, according to a 2021 report on drug prices by health information company IQVIA.

The Trump administration previously announced a program in May 2020 to cap the price of insulin for many Medicare recipients. The program went into effect in January 2021 and remains in place. Under the program, more than 1,750 Medicare Part D and Medicare Advantage plans have voluntarily capped the co-payments for insulin at $35 per month.