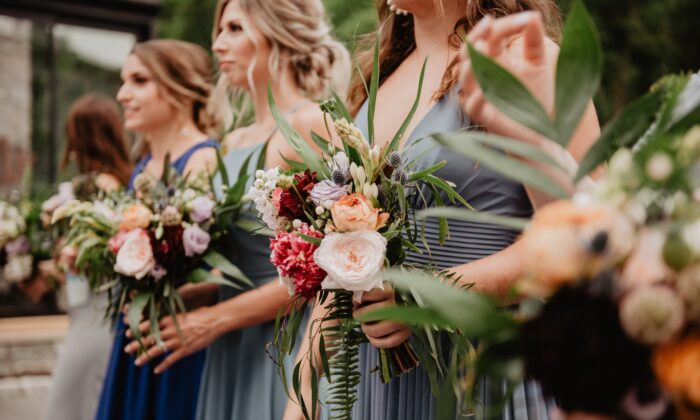 TEMECULA, Calif.—Temecula-based destination wedding and event planner Michelle Garibay has run her business for the past 14 years without employees. Garibay has appeared in some of the nation’s most prestigious bridal magazines, including Style Me Pretty, The Knot, and Southern California Bride.

However, Assembly Bill 5 (AB5) has impeded her latest business operations, along with many others in her industry who use independent contractors. AB5 essentially prohibits freelance work, with a few exceptions; it mandates that businesses hire employees instead of paying contractors.

“This industry isn’t well suited to having employees, because the work isn’t steady,” Garibay said. “And the contractors I have working for me have their own businesses as well, and they’re moms with kids—they left full-time employment to be able to have the freedom to work as a contractor.”

In effect since Jan. 1, AB5 was passed by lawmakers in September to clarify a 2018 case, Dynamex Operations West, Inc. v. Superior Court of Los Angeles County. Lawmakers intended for the bill to protect employees from companies that label them as independent contractors to avoid giving them the benefits due to employees.

But the bill has had a collateral effect on small business owners and independent freelancers who have made this business model their livelihood.

“A lot of the businesses in the wedding industry are women-owned,” Garibay said. “This is a female-dominated industry, so it takes away our freedom. It really does negatively impact the women in the workforce who want the freedom to work at home and be with their families.”

The law was originally backed by unionized gig-economy workers, such as those working for ride-share companies Uber and Lyft. One of the main writers of the bill, Assemblywoman Lorena Gonzalez (D-San Diego), has received both praise and criticism for the bill.

I’m sorry you feel that way. This is not a bad bill. Without it there would be no ability to freelancers to work under Dynamex. Also, thousands of workers would not have the protections they need. You want changes, that doesn’t mean the bill is bad.

Due to the outcry and lawsuits from business owners and contractors in various industries, lawmakers are scrambling to write in exemptions. Earlier this month, Governor Gavin Newsom allotted $20 million in his proposed 2020 budget to enforce AB5.

Like many freelance-dominated industries, the wedding industry does not have a traditional work schedule.

Owners of small-scale wedding businesses hire contractors based on each wedding’s specific needs, Garibay said. It depends on the scale of the event. Both Garibay and her freelance workers are uninterested in forging a permanent employment contract, since those workers also have their own businesses.

When Garibay first heard about the bill, her reaction was to think about her team and “how unwelcoming this news would be.”

“They don’t want to be employees, they left full time jobs to do what they do now,” Garibay said.

Regarding the business owners who will have to hire their contractors as employees, Garibay said, “My heart goes out to those people who are going to be forced to bring in so much more [money] in order to pay the taxes that full employment requires.”

Small business owners in California already pay a lot of tax, and they will have to pay more to cover a portion of their employees’ taxes if they hire their freelancers.

California imposes both business and personal income taxes on small business owners who establish limited liability companies (LLCs), creating a double taxation on pass-through net income and the business itself.

To pay all these taxes, plus the added costs of hiring freelancers as employees, small business owners would have to increase their prices, Garibay said.

“This state is not very small-business friendly,” she said. “This is our main source of income to put food on the table for our families. It’s really cost-prohibitive when the state starts demanding that we now hire these people as employees because it’s going to completely throw this industry on top of its head.”

According to attorney Braden Drake, there’s an exception for business-to-business relationships within AB5 and there will likely be more exceptions carved out in coming months. However, in the wedding business freelancers who own their own businesses would not be exempted; they are hired for one day by the couple getting married, rather than another business.

Drake is working with small business owners to help them navigate the future of their businesses with AB5 in mind. “I’m trying to guide those business owners on how to meet those exceptions,” Drake said.

Conversely, there are businesses in other states who are now refusing to work with freelancers in California, Drake said.

Small business owner Carla Kayes, a wedding and event florist in Riverside County—who has also been in the wedding industry for 14 years—is concerned about the industry’s future. Kayes has three part-time employees, but often hires freelance florists for high-end gigs, and said she was “sick to her stomach” when she first heard about the bill.

AB5 is “very unsustainable for my business,” Kayes said. “It’s kind of wiped out a whole industry of people here, and now people are hiring from out of state to get around it. The people that are in the state aren’t working. Literally everyone I know who is in wedding and events, they have to use freelancers consistently. It affects everyone.”

The freelancers Kayes hires “have their own floral businesses as well and fill in with work when they don’t have their own client bookings,” she said.

She plans to convert one of her freelance workers into a full-time employee, but can’t afford to convert more than one. Luxury wedding florists in Orange County, San Francisco, and more affluent cities who have to raise their prices to cover employee costs, presumably won’t experience a major negative impact, Kayes said.

“But for someone like me, who lives in Temecula, people are going to look at my work and say, ‘Oh, I can’t afford that,’” she said. “I think the lawmakers were completely unaware. I completely get the Dynamex case, and I think the employees winning that case were right, but I don’t think the lawmakers even knew how many industries would be affected.”