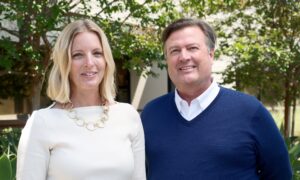 Billions of taxpayer dollars are wasted in California on information technology projects that never come to fruition, according to a research fellow at a think tank called the Independent Institute.

“The state government can’t seem to do these large technology projects right,” Adam Summers, who has studied the state government’s IT projects, told The Epoch Times’ “California Insider.” “Sometimes, they can’t implement them at all and even when they do, they’re usually delayed by years and hundreds of millions of extra costs.”

Every three months, the Oakland-based Independent Institute issues California Golden Fleece Awards to highlight what it considers the biggest failures or wastes of taxpayer money by state agencies. The most recent award went to agencies responsible for all the tech project failures.

Summers highlighted the Financial Information System for California (FI$Cal) as a recent example. The goal of the system, which has been in the works for about 15 years, is to manage the state’s budgeting and financial reports.

“It’s the most expensive project the state has ever done, and it’s still not complete. It was supposed to be finished in the summer,” he said. It’s already cost close to $1.1 billion.

Summers said the state auditor has repeatedly taken issue with it; a January 2019 auditor’s report flagged it as being of “high risk” to the state.

The report noted the FI$Cal project has been revised eight times in terms of scope, schedule, and budget.

“Since numerous state entities began implementing FI$Cal, they have struggled to submit timely data for the State’s annual financial statements, an issue that could ultimately limit the State’s ability to sell bonds without increased borrowing costs,” the report stated.

It also noted that agencies have spent millions to implement it, in addition to the development costs. And it “will lack key functionality” when the project is finished, because its scope has been limited and key oversight may also be missing.

Summers said the longest-running failed IT project is MyCalPays, a payroll system for public employees that’s been on the go since 1999 (It was originally called the 21st Century Project, but that name started to sound outdated and was changed).

After 10 years of failure, the state canceled the project in 2009, but revived it again the following year.

“Eight months of payroll testing of the new system failed to produce one pay cycle without material errors,” the state auditor wrote, after it was terminated again in 2013 following a pilot project. Some workers were overpaid, others underpaid, some had errors in their medical coverage status.

The state spent $262 million on the failure; one contractor was ordered by a judge to return $50 million. The state continues to use an outdated system, and the current California state controller, Betty Yee, is looking to revive the project, she told the Sacramento Bee last year.

Another project highlighted by Summers involved the Superior Court of California. The aim of the IT system was to integrate court systems, giving judges and law enforcement access to real-time scheduling information. It would also allow residents to make online payments, e-commerce applications to be processed, and various documents to be filed.

While the enterprise started with a budget of $33 million, the state spent $500 million before canceling it.

Summers said when it comes to these IT projects, state government has fewer incentives than private companies to get them done successfully.

“It’s just taxpayer dollars and they can always go back to taxpayers for more, or shuffle money around in the general budget,” Summers said.

He said the private sector’s greater success is due to more accountability and follow-up.

“They have much stronger incentives to minimize losses if they see something’s not working. They’ll look for an alternative solution,” Summers said. “There’s a lot more accountability in terms of the people responsible for implementing the project.”

State auditors are in charge of highlighting problems in the state’s IT projects. Summers said that the State Auditor’s Office has done a great job reporting on the problems, but those reports “just kind of collect dust on a shelf somewhere.”

“It’s not that you don’t know what a lot of the problems are, it’s just that there isn’t enough will or incentive to solve the problem.”

Better planning, leadership, and accountability are needed to fix the problems, Summers said.

A report on the IT projects Summers published in September listed several other failed projects.

“From the Employment Development Department’s repeated failures to upgrade its antiquated IT systems … to the numerous IT project failures at the Department of Motor Vehicles (DMV) going back to the 1980s, to the failed Statewide Automated Child Support System in the 1990s that cost the state $1 billion in fines to the federal government due to delays (on top of the $111 million the state had already spent), to the BreEZe occupational licensing system that more than tripled in cost from $28 million to $96 million and was only adopted by a small fraction of the intended boards and commissions before the project was terminated in 2015.”