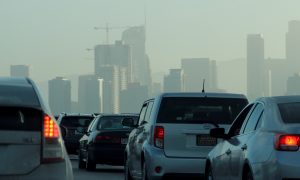 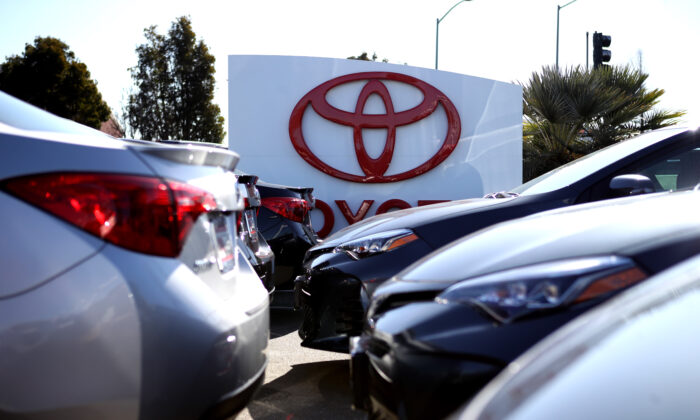 California’s government says it will refuse to buy vehicles from automakers that have sided with President Donald Trump on fuel efficiency and tailpipe emissions standards.

The boycott, set to start Jan. 1, will ban purchases of vehicles for the state’s fleet from companies such as Toyota, General Motors, and Fiat Chrysler.

“Carmakers that have chosen to be on the wrong side of history will be on the losing end of California’s buying power,” California Gov. Gavin Newsom wrote on Twitter on Nov. 18.

The California Department of General Services also said in a statement Nov. 15 that, effective immediately, all sedans purchased by state agencies must be electric or hybrid vehicles.

In the new year, California’s state agencies will instead buy vehicles from Ford, Honda, Volkswagen, and BMW—companies that struck a deal with the state government in July to follow California’s more stringent standards.

The July deal prompted Trump to tweet that Henry Ford would be “very disappointed” with the decision of those companies. Under the agreement, the four automakers would have until 2026 to produce cars that reach a minimum of 46.7 miles per gallon, which is more in line with Obama-era standards than Trump’s proposed plan to stick with the standard of about 37 miles per gallon standard until 2026.

The Trump administration’s plan would reduce the overall cost of new car ownership by $2,340 and improve vehicle safety, according to estimates by the Environmental Protection Agency.

“The decision to intervene in the lawsuit is about how the standard should be applied, not what the standard should be. By participating we ensure the concerns of consumers, autoworkers, retailers, and manufacturers are heard in this dispute,” Association of Global Automakers CEO John Bozzella and coalition spokesman said in a statement on Oct. 28.

“The certainty of one national program, with reasonable, achievable standards, is the surest way to reduce emissions in the timeliest manner. We did not ask for, nor did we want, these questions to be decided in the courts, but we hope this pathway leads to a solution amenable to all parties. With our industry facing the possibility of multiple, overlapping and inconsistent standards that drive up costs and penalize consumers, we had an obligation to intervene,” Bozzella said.

When Toyota stated on Twitter that it had not intended to get political, Newsom fired back on Nov. 16: “You can try to disguise the decision you made — but it won’t change the facts. You chose to go the way of Donald Trump and the oil industry over clean air and our kids’ future. There is no denying that.”

On Oct. 30, Toyota USA tweeted: “We believe fuel economy standards should continuously improve. We joined a Coalition to set one federal standard for fuel emissions. We are not taking sides politically. We’re focused on improving fuel economy & environmental impact with every new car we put on the road.”

After a year-long feud between Trump and Newsom over climate change, tensions escalated when the Trump administration proposed scrapping an Obama-era congressional waiver that allows California to impose its own tailpipe emissions and fuel economy standards, which far exceed federal EPA standards.

“We’re ending intrusive EPA regulations that kill jobs … and raise the price of energy so quickly and so substantially,” Trump said Aug. 21 in a statement when the administration proposed the Affordable Clean Energy Rule (ACE).

Later, the Trump administration announced the Safer, Affordable, Fuel-Efficient (SAFE) Vehicles Rule, which is part of the One National Program Rule, on fuel efficiency standards.
“The Trump Administration is revoking California’s Federal Waiver on emissions in order to produce far less expensive cars for the consumer, while at the same time making the cars substantially SAFER,” Trump said in a Sept. 19 statement.

Trump’s plan would abolish the Obama-era Corporate Average Fuel Economy (CAFE) rule that recognized the authority of the California Air Resources Board (CARB) to set its own greenhouse gas and zero emission vehicle standards.

“The excessive Obama-era CAFE standards effectively impose a tax on every American who wants to buy a new car and disproportionately hurt low-income Americans,” the Trump administrations stated in the release.

CARB policies have led to much higher prices for “boutique blends” of gasoline at a time when the state’s housing shortage, sky-high home prices, and soaring rent have led many Californians to move away from bigger cities to cheaper areas and commute farther to work.