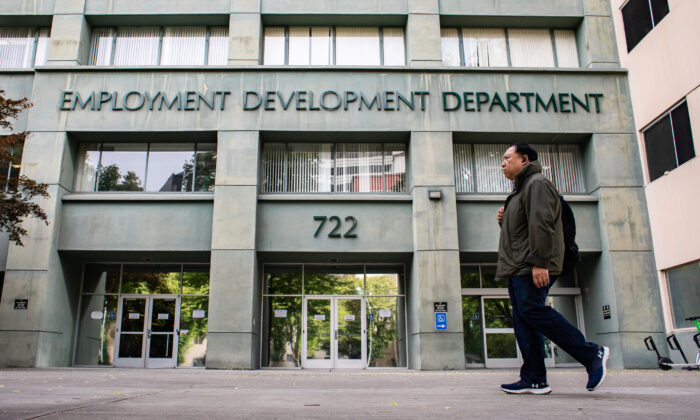 California’s seasonally adjusted unemployment rate dropped to 4.2 percent in June, down from 4.3 percent in May—or about 9,800 fewer unemployed—according to the California Employment Development Department (EDD).

However, many places in Southern California saw a slight rise in unemployment.

Employers added 19,900 non-farm payroll jobs in June, which marked the 12th consecutive month with a decrease in unemployment in the state.

Although unemployment only improved slightly over the month, the unemployment rate was well below the 7.7 percent rate at the same time last year.

Los Angeles County’s non-farm payroll jobs increased by 9,500 over the month, whereas leisure and hospitality accounted for the largest gain, adding 5,200 jobs.

Trade, transportation, and utilities added 5,100 jobs in June, the most job growth so far in 2022.

All other sectors also reported growing employment, except educational and health services, which declined by 7,200 jobs.

San Diego County’s unemployment rate rose to 3.2 percent in June, where the figure is not seasonally adjusted.

The leisure and hospitality industry has increased by 4,600 jobs. The trade, transportation and utilities industry grew by 3,100 jobs.

However, most of the job growth was offset by the jobs lost in professional and business services, construction, and other services, according to the unemployment report in San Diego County.

The unemployment rate in Orange County also rose to 2.9 percent in June, from 2.4 percent in May.

Between May to June, the county had a net gain of 4,900 jobs. The leisure and hospitality industry added 2,000 jobs, followed by 1,600 in manufacturing, and 1,300 in the trade, transportation and utilities industry.

The construction and education and health services sectors have experienced a large decline by 1,800 and 2,000 respectively.

As schools were mostly closed for summer break, the private educational services decreased 1,800 jobs and accounted for the most decline in the educational sector.

Mining and logging remained unchanged for all three counties, according to the June report.

Raymond Sfeir, director of the A. Gary Anderson Center for Economic Research at Chapman University, told The Epoch Times on July 26 that he expects the employment rate in California to improve further but at a slower rate.

“From now on, because it’s already so low, it is going to start going down very slowly over time … because we have not gone back to the number that existed in February of 2020. So California is going to continue to increase its employment over time,” he said.

The leisure and hospitality sectors created the most jobs. Sfeir said this is because it lost the most jobs during the COVID pandemic and these jobs are now slowly recovering.

As the figures for San Diego and Orange County are not modified to eliminate the effect of seasonal influences, he said, it is most likely to have some fluctuations according to the month.