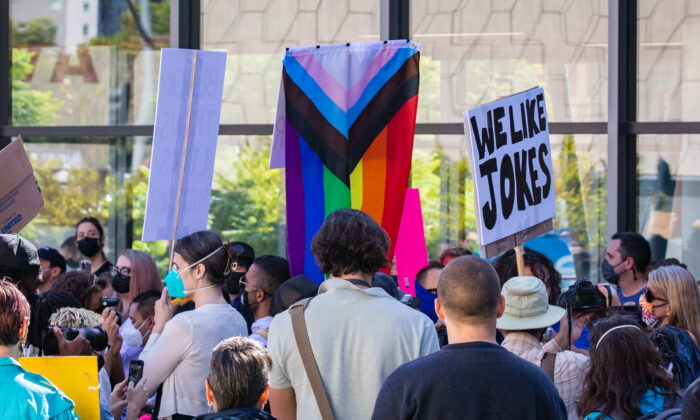 California became the first sanctuary state in the country to allow children to undergo procedures related to modifying their gender on Jan. 1, adopting a stance that is vastly controversial, in contrast to some Republican-led states that have begun cracking down on invasive medical intervention for transgender-identifying kids.

SB 107 was signed into law by Democrat Gov. Gavin Newsom in September, 2022. It came into effect on Jan. 1, 2023. The policy allows for providing drugs and gender-related surgery services or “gender-affirming care” to kids, including those from states where such treatments have been criminalized or restricted. It prohibits state courts from interfering in child custody battles over these treatments.

In an interview with The Epoch Times in September, ex-transgender teen Chloe Cole, 18, who testified against SB 107, said she was not surprised by Newsom’s approving the legislation but admitted to being “incredibly disappointed” by the fact that the “heinous bill” was signed into law.

When she was 15 years old, Cole had her healthy breasts removed—a decision she now regrets. California becoming a sanctuary state “will open the floodgates to thousands of children suffering through what I have. No American child is safe from mastectomy, sterilization, or a disrupted development anymore—all under the veil of ‘life-saving care’.”

Some GOP-led states are taking action against California’s new law. In Florida, health officials in November outlawed so-called “gender-affirming care” procedures state-wide for minors. This includes prohibiting sex-reassignment surgeries and puberty blockers for minors, who the state deem to be too young for such invasive and hard to reverse procedures.

In April, Alabama Gov. Kay Ivey signed into law new rules that can put doctors in jail if they prescribe puberty-blocking medication or hormone treatment to kids. Youngsters are also required to use the bathroom of their biological sex rather than the gender they identify with.

Other Progressive Laws in California

In addition to SB 107, multiple other radical laws also came into effect in California on Jan. 1. One of the laws, AB 2147, also known as “Freedom to Walk Act,” assumes that jaywalking is a racist crime as it affects people from communities of color more. Police are now banned from stopping people who cross the street illegally except when they are in danger.

SB 1375 expands abortion access in California by allowing nurses to perform some abortion procedures without needing the supervision of a doctor. Abortions conducted under this rule are limited to the first trimester of pregnancy.

AB 2098 requires medical licensing boards in the state to initiate disciplinary action against doctors deemed to have disseminated misinformation or disinformation related to COVID-19.

The bill defines misinformation as “false information that is contradicted by contemporary scientific consensus contrary to the standard of care.”

The problem with the law is that “scientific consensus regarding” COVID-19 is an evolving matter. The Centers for Disease Control (CDC) and public authorities like Dr. Anthony Fauci have been updating their recommendations on COVID-19 over time.

Some fear that the law will undermine doctors’ ability to serve their patients well as they would be restrained from discussing information that is against the current “scientific consensus.”