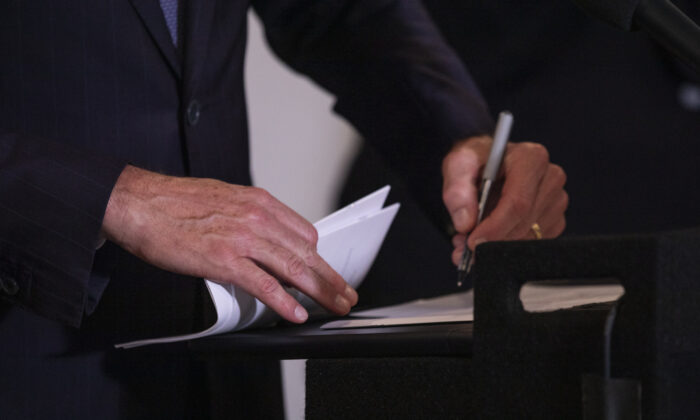 Assembly Bill 1084 was introduced by Assemblyman Evan Low (D-Silicon Valley) and Cristina Garcia (D-Bell Gardens) in February with an aim to creating an equal and free setting in all business establishments of every kind.

Begining Jan. 1, 2024, any eligible retail stores that fail to comply with the bill will be liable for a civil penalty of up to $250 for a first violation and $500 for subsequent violations.

In 2015, Target announced that its stores will move away from unnecessary gender-based signage to help strike a better balance among a wide variety of customers. As a result, Target decided to stop color-coding boys’ and girls’ items (blue and pink) on the back walls of the shelves.

“But we know that shopping preferences and needs change and, as guests have pointed out, in some departments like Toys, Home or Entertainment, suggesting products by gender is unnecessary,” Target wrote in a statement.

“Children have a very unique way of saying things that provide some common sense. … I think it’s important that we as a state are demonstrating our values of diversity and inclusion,” Low told the Los Angeles Times.

However, the move drew criticism from Texas Gov. Greg Abbott, saying that government should not intervene with businesses on how and what to display in their store.

“In Texas, it is businesses — NOT government — that decide how they display their merchandise,” Abbot posted on Twitter.