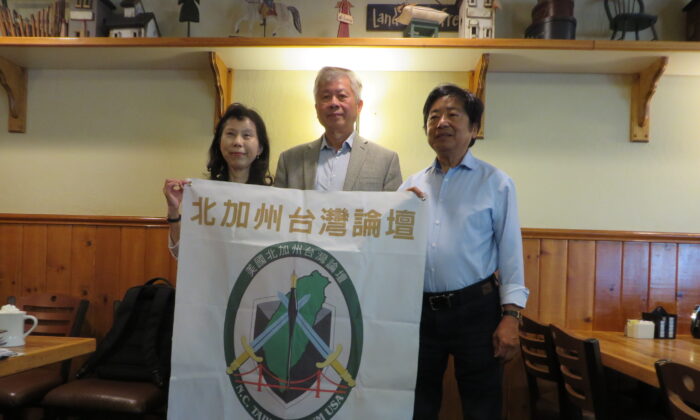 The 88th INTERPOL Assembly is to open in Santiago, Chile, on Oct. 15. Taiwan has not been a member of INTERPOL since 1984, when its participation in the organization was replaced by China’s.

Under political pressure from China, Taiwan is not able to attend the assembly with a non-member observer status. As a result, the island nation cannot access the critical intelligence shared instantly via the I-24/7 global police communication system.

Taiwan officials have stated that it is essential to have access to this intelligence in order to counter transnational crimes and to protect the safety of communities in Taiwan.

“Maintaining global security and social justice must take precedence over regional, ethnic and political differences,” stated Huang Ming-chao, a commissioner of the Criminal Investigation Bureau under Taiwan’s Ministry of the Interior, in his recent article..

Taiwan’s police force is known to be efficient and effective. Its Reliability of Police Services was ranked No. 33 in the world by the World Economic Forum in 2018. The island nation is also No. 1 on the InterNations 2019 list of the best places for expatriates to live.

According to the article from Huang, Taiwan has had many successes in the past in cracking down on international criminal syndicates with the cooperation of the police forces in nations such as Thailand, the Philippines, Romania, and others.

However, without being able to access the intelligence available from the INTERPOL network, Taiwan has often been left helpless in the battle against transnational crimes.

“In 2017, Taiwan’s police agency made 130 requests to other countries seeking information or assistance in investigations, but received responses in only 46 cases,” Huang stated.

According to a report from the United Nations Office on Drugs and Crime, major criminal syndicates and financers based in Macau, mainland China, Hong Kong, and Thailand, working with criminal networks and chemists from Taiwan, have become dominant players in the production and trafficking of methamphetamine and other synthetic drugs.

“Without Taiwan’s participation, INTERPOL is vulnerable in its efforts to counter the transnational crimes,” said Cathy Li, a commissioner of Taiwan’s Overseas Community Affairs Council (OCAC) in northern California.

Li asserted that China’s blocking Taiwan from participating in INTERPOL even with a non-member status could make Taiwan “a haven for the transnational criminals.”

“Taiwan has always been bullied by China,” said Johnny Lee, who is also an OCAC commissioner, when criticizing China’s political pressure on INTERPOL.

He said the Chinese regime has no humanity, and it bullies other societies all the time. He gave examples such as Beijing’s arrogant attitude toward Hong Kong protesters as well as the recent incident in which China bullied the National Basketball League’s Houston Rockets team manager, Daryl Morey.

Taiwan was under an estimated 20 million to 40 million cyberattacks each month from China in 2017 and especially during last November’s local official elections. But Taiwan received no help from INTERPOL, even though eradicating cybercrime is one of the three priorities listed by INTERPOL in its Strategic Framework 2017–2020.

“Taiwan will not be able to offer any help [to the international community] if no intelligence is available to Taiwan,” commented Zhuang Shengjin, a member of Taiwan Form.

Article 3 of the INTERPOL Constitution states: “It is strictly forbidden for the Organization to undertake any intervention or activities of political, military, religious or racial character.”

However, the organization yielded to political pressure from Beijing and barred Taiwan from participating in countering transnational crimes.

“Taiwan cannot be absent from the global fight against transnational crimes,” stated Huang in his article.

He also urged INTERPOL to consider Taiwan’s request to help in the battles to protect the safety of people all around the world.

“Taiwan is willing and able to make even greater contributions to the international community,” he stated.

Article 2 of the INTERPOL Constitution states that the organization is “to ensure and promote the widest possible mutual assistance between all criminal police authorities within the limits of the laws existing in the different countries and in the spirit of the ‘Universal Declaration of Human Rights.’”

While the Universal Declaration of Human Rights does apply to the Taiwanese people, it is not yet known how much Taiwan’s requests can change INTERPOL’s future policies.