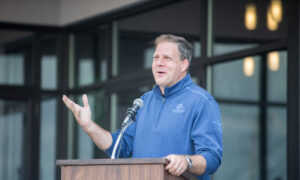 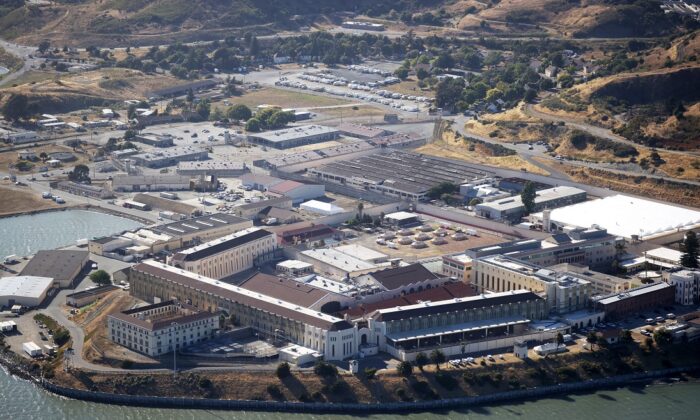 The California Supreme Court unanimously ruled this week that a 2016 ballot proposition approved by state voters makes sex offenders convicted of nonviolent crimes eligible for early parole consideration even though its proponents, including the previous governor, say it was never their intention to free sex offenders.

The ruling came Dec. 28 in a prisoner’s habeas corpus application cited as In Re Gregory Gadlin. The opinion was written by Chief Justice Tani Cantil-Sakauye. Six other justices concurred in the decision.

The court’s opinion relates that in 2007, a jury convicted the petitioner, Gregory Gadlin, of assault with a deadly weapon, upholding allegations that he had previously been convicted of two serious felonies, specifically, a 1984 conviction for forcible rape, and a 1986 conviction for forcible child molestation. Both convictions required registration under the Sex Offender Registration Act. In 2007, Gadlin was sentenced to 35 years to life imprisonment under the state’s “Three Strikes” law.

In 2015, according to ABC News, Gadlin was sentenced to 530 years to life in prison plus 437 years, four months in prison for convictions on 16 counts of robbery and two counts of being a felon in possession of a firearm and ammunition under California’s “three strikes” law. He is currently serving time in San Quentin State Prison.

After the proposition was approved in 2016, Gadlin brought suit.

The measure, the California Parole for Non-Violent Criminals and Juvenile Court Trial Requirements Initiative, also known as Proposition 57, was approved by state voters in 2016 with a vote of 64.5 percent in favor, according to Ballotpedia.

The ballot question, which was a combined state constitutional amendment and state statute known as the Public Safety and Rehabilitation Act of 2016, stated that anyone convicted of a “nonviolent felony offense and sentenced to state prison shall be eligible for parole consideration after completing the full term of his or her primary offense.”

The Alliance for Constitutional Sex Offense Laws (ACSOL) sued in Sacramento County Superior Court over regulations put in place by the California Department of Corrections and Rehabilitation (CDCR) to enforce Proposition 57. In its regulations, CDCR excluded individuals convicted of sexual offenses from the definition of nonviolent offender.

Supporters of the proposition, including Jerry Brown, the Democratic governor in office when voters approved it, signed a statement indicating that its passage didn’t change a federal court order “that excludes sex offenders, as defined in Penal Code 290, from parole,” according to a Ballotpedia summary of the history of the litigation.

In a 2009 ruling in a case known as Coleman v. Schwarzenegger, a three-judge U.S. court panel ordered California “to reduce the prisoner population to 137.5% of the adult institution’s total design capacity.”

ACSOL contended the regulation ran afoul of Proposition 57 and contradicted the intent of the voters. On Feb. 8, 2018, Judge Allen Sumner agreed with the group, stating “the challenged regulations are overbroad and must be set aside.” Sumner’s ruling was upheld by the California Third District Court of Appeal on Feb. 13 of this year.

On Dec. 28, the California Supreme Court held Proposition 57 contained “no indication that the voters intended to allow the department to create a wholesale exclusion from parole consideration based on an inmate’s sex offense convictions when the inmate was convicted of a nonviolent felony.”

Cantil-Sakauye wrote that the court held “that an inmate may not be excluded from nonviolent offender parole consideration based on a current conviction for a registerable felony offense that the Department’s regulations have defined as nonviolent.”

She noted that the proposition required nonviolent sex offenders to parole hearings but “not require the release on parole of any inmate.”

“The evaluation of an inmate’s suitability for parole and the processes involved in conducting that evaluation remain squarely within the purview of the Department and the Board of Parole Hearings,” she wrote.

The new ruling could allow parole consideration for about 20,000 inmates, said attorney Janice Bellucci, who argued the case and also is executive director of ACSOL, the Los Angeles Times reported. Around half of that figure are now doing time for sex crimes; the other half were previously convicted of a sex crime but are now under sentence for another crime.

Dana Simas, a spokeswoman for the Corrections Department, echoed the language of Cantil-Sakauye, telling reporters the court decision “does not mean that sex offenders will automatically be released to the community.”

“We need to protect the public,” he said, according to OAN. “There’s been a lot of legislation from the past three or four years–and some needed reforms, I’ll agree with you, but we’ve gone way overboard.

“What are we doing to protect the victims?”