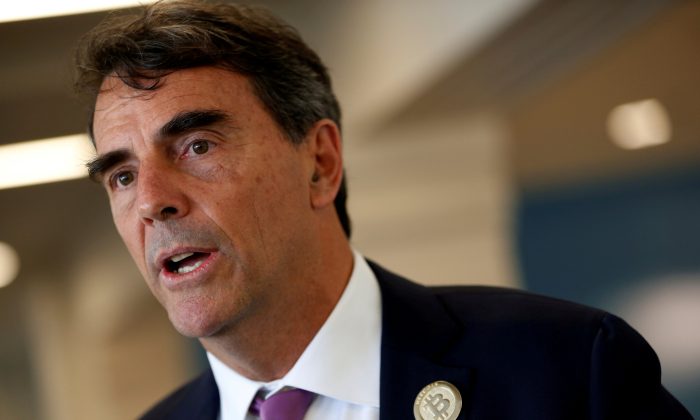 Venture capitalist and CAL 3 Chairman Tim Draper speaks during a press conference after announcing he has collected more than 600,000 signatures to put the plan to partition California into three states onto the November ballot in San Mateo, Calif., April 12, 2018. (Stephen Lam/Reuters/File Photo)
Southern California

The controversial initiative that proposed to split California into three states was blocked from appearing on the 2018 ballot by the California Supreme Court on Wednesday.

This came out as a result of a lawsuit filed by an environmental organization, Planning and Conservation League(PCL) that alleged the initiative should be discussed by the Legislature before presenting it to voters as it changes the California Constitution.

PCL Executive Director Howard Penn said,  “We have worked hard for the past 50 plus years on statewide policies that help make California a healthy place to live. If the state gets split up into three parts, it would be like hitting the reset button and starting over,” according to NPR.

Tim Draper, who launched the initiative, said it was to let Californians have smaller government and better representation. He strongly opposes the decision from the California Supreme Court and said, “The whole point of the initiative process was to be set up as a protection from a government that was no longer representing its people. Now that protection has been corrupted.”

Proposition 9, which is also named Cal 3 measure, reportedly received enough signatures in April and qualified for the November ballot in June. The initiative requires California residents to decide whether the Golden State should be split into Northern California, Southern California, and New California.