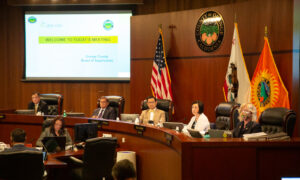 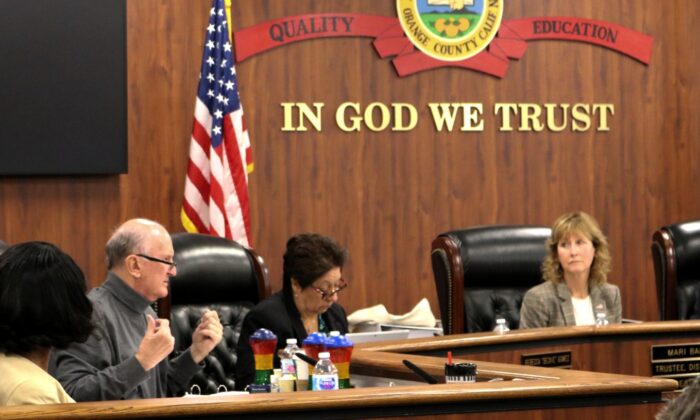 The state Supreme Court denied the Orange County Board of Education’s (OCBE) lawsuit against the governor for extending the state of emergency and mask mandate in public schools on Aug. 19.

“Our goal has been to get kids back in school for full in-person instruction safely, period,” Alex Stack, deputy communications director for Gov. Gavin Newsom, told The Epoch Times in an email.

“By relying on safety strategies as recommended by the CDC and American Academy of Pediatrics, including universal masking, we’ve seen promising results—the Supreme Court rejecting this effort to stand in the way further reaffirms the state’s strategy. We are committed to working with school districts, other local governments, and other state officials to ensure schools implement this requirement to keep children and staff safe.”

The board voted Aug. 3 to sue Gov. Gavin Newsom. The lawsuit was filed by the board’s pro bono legal firm, Tyler & Bursch, on Aug. 10.

OCBE President Mari Barke told The Epoch Times she was “disappointed” to hear that the case was denied, but that the board is “not going to give up on the kids.”

Barke said most of the parents in the county want to end the emergency order.

“We feel that this was not right,” OCBE Vice President Ken Williams told The Epoch Times.

“I was very disappointed. But I think this was a tacit political decision by the state Supreme Court because they didn’t want to enter into this constitutional crisis and constitutional question.”

Robert Tyler, one of OCBE’s legal representatives, previously told The Epoch Times the governor can’t legally extend the emergency order, and thus couldn’t mandate masks in K–12 schools because an emergency is no longer needed.

Tyler said the basis of the state of emergency was to prevent flooding the hospital system.

In a case earlier this year involving Godspeak Calvary Chapel v. Ventura County and the State of California, the state attorney general said the case should be dismissed on the grounds that “[one,] the hospital system is no longer threatened by the coronavirus. Two, the case rates are way down. And three, that there are therapeutics that are now available and useful in the treatment of coronavirus,” Tyler told The Epoch Times on Aug. 3.

OCBE said in an Aug. 3 statement that it’s the role of the board to protect children from harmful policies and practices and that the governor’s recent actions to extend the emergency order and “to force Orange County’s children, even those as young as 5 and 6 years old, to endure an academic year covering their faces for hours on end” is one of those harmful policies.