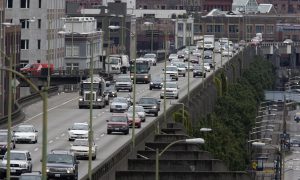 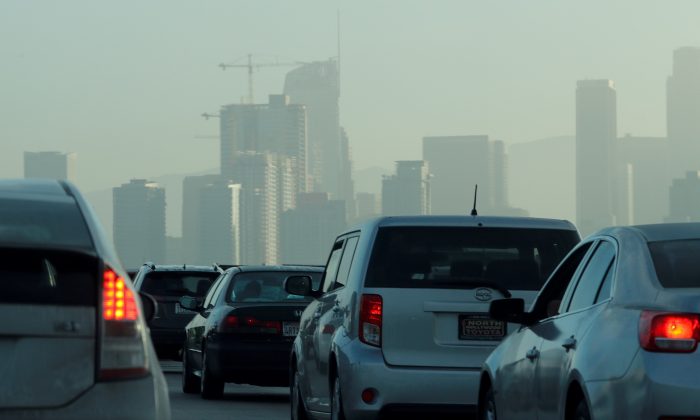 California and 22 other states filed a lawsuit on Sept. 20 against the administration of President Donald Trump.

The latest legal battle over one of Trump’s policies comes after the president said on Sept. 18 that his administration was revoking a waiver that allows California to set its own greenhouse gas and vehicle fuel-efficiency limits for passenger cars.

The lawsuit was filed in U.S. District Court in Washington.

For decades, California has played a national role in influencing what Americans drive. The state’s vehicle emissions rules, more stringent than the Trump Environmental Protection Agency’s rules, are followed by a dozen other states that account for more than 40 percent of U.S. vehicle sales.

The Department of Transportation and the Environmental Protection Agency said the proposed Safer, Affordable, Fuel-Efficient (SAFE) Vehicles Rule will be published in several weeks.

Trump and top administration officials explained the move, with Trump telling people via Twitter: “This will lead to more production because of this pricing and safety advantage, and also due to the fact that older, highly polluting cars, will be replaced by new, extremely environmentally friendly cars. There will be very little difference in emissions between the California standard and the new U.S. standard, but the cars will be far safer and much less expensive,” he said.

“Many more cars will be produced under the new and uniform standard, meaning significantly more JOBS, JOBS, JOBS! Automakers should seize this opportunity because without this alternative to California, you will be out of business,” he added.

Secretary of Transportation Elaine Chao said in a statement that the action “meets President Trump’s commitment to establish uniform fuel economy standards for vehicles across the United States, ensuring that no State has the authority to opt out of the Nation’s rules, and no State has the right to impose its policies on the rest of the country.”

“The One National Program rule we are announcing today will ensure that there is one—and only one—set of national fuel economy standards, as Congress intended. No State has the authority to opt out of the Nation’s rules, and no State has the right to impose its policies on everyone else. To do otherwise harms consumers. And damages the U.S. economy,” she added in a press conference.

“The new standards will help make new cars more affordable. And will ensure that American consumers still have a variety of choices when selecting vehicles that best suit their families’ needs.”