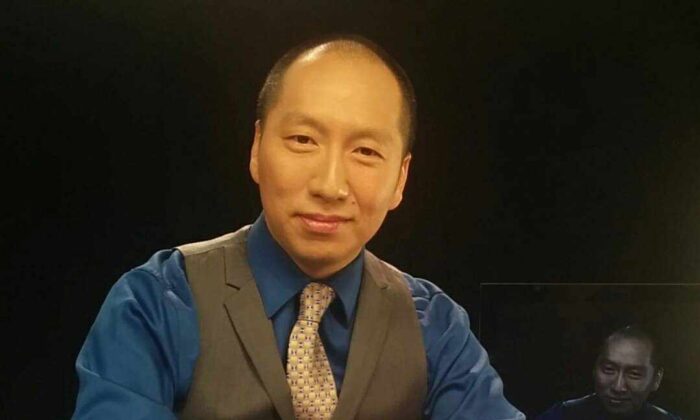 George Yang is a Chinese immigrant. As a candidate running for California Superintendent of Public Instructions, he wants to ensure that all students in the public schools will learn about the Great Chinese Famine.

“We, right now in the United States, only talk about the Holocaust,” said Yang during a phone interview with The Epoch Times. “It is unfortunate that many people, including kids in China, do not know about the Great Famine of China,” Yang said.

The Great Chinese Famine occurred during the period of China’s Great Leap Forward campaign in 1958, 1959, 1961, and 1962. Oxford University Press published a report (pdf) in 2015 on behalf of The Review of Economics Studies Limited titled “The Institutional Causes of China’s Great Famine, 1959-1961.” According to the report, the famine led to the deaths of 16.5 million to 45 million people.

Chinese journalist Yang Jisheng wrote a book based on his independent investigation of the famine. The book, titled “Tombstone: An Account of Chinese Famine in the 1960s,” reveals that 36 million Chinese people died from hunger because of the Chinese Communist Party’s (CCP) extreme political and economic policies in the late 1950s and early 1960s. The book was published in 2008 in Hong Kong.

For comparison, the death toll of Jews in the World War II Holocaust was about 6 million.

In November 1957, CCP mouthpiece People’s Daily published a long commentary article that, for the first time, officially brought to the public the slogan “the Great Leap Forward.” The Chinese regime, under the leadership of Mao Zedong, initiated an aggressive economic development plan in which the regime would lead China to catch up with the UK’s economy within 5 years and the U.S. economy within 10 years.

In order to accomplish the goals set by the CCP, all levels of officials were mobilized to find ways to increase food production. In the end, competing to manufacture reports showing huge food production became a political game played by the local CCP officials. The game was called “shooting satellites.”

On Sept. 18, 1958, People’s Daily reported a harvest of 65,217 kilograms of wheat per mu (a Chinese unit of measure, about 1/6 acre) in Guangxi Province, which was the highest “satellite” ever recorded during the Great Leap Forward campaign. Such exaggerated reports became common.

More than 60 years later, on Sept. 22, 2021, China News reported a new national record on paddy production in Guizhou Province of 1123.87 kilograms per mu.

The highest “satellite” production number in 1958 was about 58 times China’s 2021 national record.

In order to gather enough crops, CCP officials forcefully took away everything from the farmers, including seeds for the next year’s planting and food for their families.

Today, people who are over 70 still talk about how they survived the Great Famine. People often tell of eating tree leaves, tree bark, and roots to survive. Many regions remember people who died of constipation because they ate Kaolinite, a clay mineral usually used for pot making.

During an interview with The Epoch Times, George Yang stated that for decades after the famine, China’s state owned media and school textbooks blamed natural disasters for causing the famine, an excuse proven baseless by historians and meteorologists.

For example, he believes that the Critical Race Theory (CRT) is not an appropriate subject for students before college age. He said that K-12 students should be taught facts, not theories. He suggests that CRT, along with many other theories about history, can be taught and discussed in colleges where students are much more mature.

As an immigrant from the biggest communist country in history, he suggests that China’s Great Famine is a much better replacement for CRT in curricula for K-12 students.