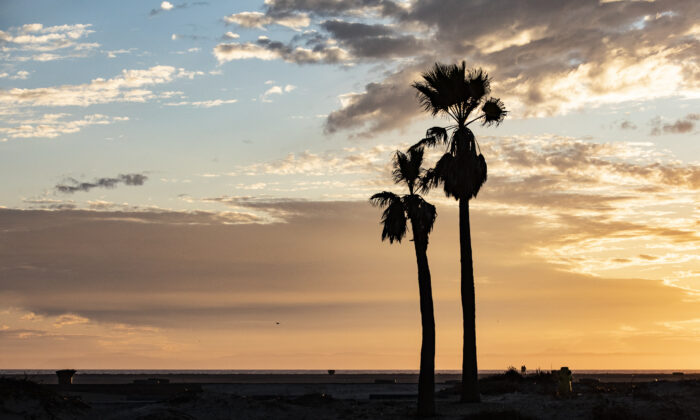 Two candidates are set to face off in the primary and general election for California’s newly redistricted 36th Senate District.

The redistricting, which was completed in 2021, shifted the district north and out of San Diego County. Now, it stretches from Bellflower in Los Angeles County down to San Clemente, Orange County’s southernmost city. This area includes Huntington Beach, Garden Grove, Newport Beach, Dana Point, Seal Beach, Laguna Beach, and others.

Only two candidates are running, state Assemblywoman Janet Nguyen (R-Huntington Beach), and Huntington Beach Councilwoman Kim Carr, a Democrat. Both candidates should advance through the June 7 primary and face off in the Nov. 8 general election, even if one of them receives more than 50 percent of the vote.

The 36th Senate District is currently held by Sen. Pat Bates (R-Laguna Niguel) since 2014, though due to term limits she is not running again.

Nguyen, a former one-term state senator herself who lost the seat in 2018, yet later won her Assembly seat in 2020, has also previously been an Orange County supervisor, a Garden Grove councilwoman, and the vice president of government and public affairs for a local chamber of commerce.

According to her campaign website, Nguyen wants to immediately rebuild the local economy that “has been so greatly damaged by the Coronavirus and the government shutdowns.”

She has touted her ability to secure over $15 million in grants for local schools in 2022, help pass legislation expanding healthcare for the homeless and mentally ill, and write bipartisan legislation to increase the renters tax credit to help families deal with high living costs.

Nguyen is endorsed by a plethora of state Senators and Assemblymembers, as well as the Howard Jarvis Taxpayers Association, and a number of city councilors.

Nguyen’s opponent, Councilwoman Kim Carr, has served on the Huntington Beach city council since 2018 and was mayor in 2021, touting her “proactive and effective” response to COVID-19 and “innovative” solutions to aid small businesses on her campaign website. Prior to public service, Carr spent 25 years in the sales industry.

The 36th District, according to Jim Lacy, an election lawyer, political consultant, and author of “Taxifornia,” a book on the over-taxation of Californians, has a 3 percentage Republican registration advantage over Democrats, which will help Nguyen.

“If you have 3 percent registration advantage going into a red wave election with a good candidate, who’s a seasoned candidate like Janet Nguyen—I think she’s the odds on favorite,” Lacy told The Epoch Times. “This is one I would bet on at any odds that Janet Nguyen will win.

“Nguyen has an excellent campaign management firm, she’s got all the right endorsements, she’s executed herself well in the Assembly, she’s a former state senator, and she’s a highly focused candidate … I don’t see any way that Kim Carr wins in the fall.”

This year’s elections are also predicted by Lacy to be a “red wave”—a term used by pundits that describes Republicans as expected to do well in elections.

Republican candidates are expected to do well in moderate districts due to historical trends, Lacy said, where the party opposite of the White House tends to win, as well as due to President Biden’s national polling, which has him at unpopular levels.

Campaigns for Janet Nguyen and Kim Carr did not respond to requests for comment.