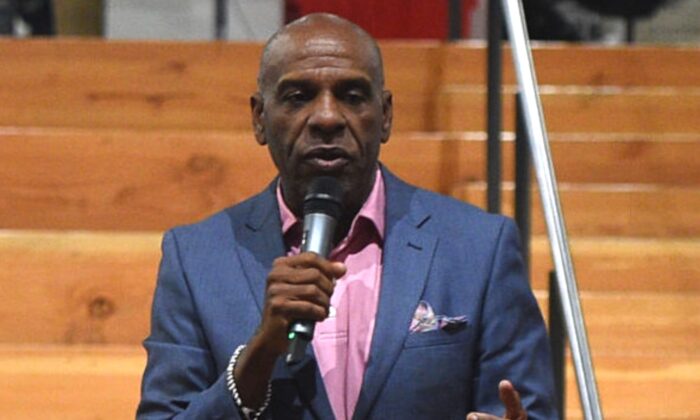 The California State Senate has passed a bill that ends a mandatory requirement for law enforcement officials to be notified if students threaten any violent behavior.

Before the bill, SB 1273, was passed, existing law stated that whenever any school official is “attacked, assaulted, or physically threatened by any pupil—the employee and any person under whose direction or supervision the employee is employed who has knowledge of the incident are required to promptly report the incident to specified law enforcement authorities.”

In addition, anyone who failed to report a suspected threat could face a fine “of not less than $500 and not more than $1,000.”

The new bill, which was introduced by State Sen. Steven Bradford (D-Los Angeles) and passed the state’s upper house on May 26, repeals those provisions.

The law was passed just two days after an 18-year-old shooter entered Robb Elementary School in Uvalde, Texas, via a back door that was propped open and opened fire, killing 19 students and two teachers.

Sen. Melissa Melendez (R-Lake Elsinore) is one of the lawmakers who opposed the bill, calling it “a terrifying policy” that would leave schools more vulnerable to school shootings, citing a mass shooting in Florida that occurred after a student was expelled.

“I can’t believe that just two days after the heartbreaking events in Texas, the State Senate would pass a measure making our children less safe at school,” Melendez said. “Requiring teachers to report threats of violence in the classroom may be the only warning law enforcement has to prevent a future violent attack.”

“I will remind you that in 2018 of the Stoneman Douglas shooting at the school in which 17 people were killed by a fellow student Nicholas Cruz … who had behavioral issues since middle school,” said Melendez. “He was transferred between schools six times in three years in an effort to deal with these problems.”

Bradford, the bill’s sponsor, told the Daily Caller that the previous law has “led to alarming disparities” in black students, Latinx students, students of color, and students with disabilities, claiming those “type of students” are most likely to suffer harm and face arrest.

“SB 1273 will reduce law enforcement involvement in schools and give teachers and administrators, who are often best suited to determine the appropriate response, the flexibility and power they need to support students,” Bradford said, adding, “Teachers and administrators will still be able to call law enforcement if they believe that is the right response to a particular incident, but they will not be required to do so.”

“Once students make contact with law enforcement, they are less likely to graduate high school and more likely to wind up in jail or prison,” the ACLU said in a statement.

The bill moves to a vote in the California State Assembly, and then to Gov. Gavin Newsom for signature.