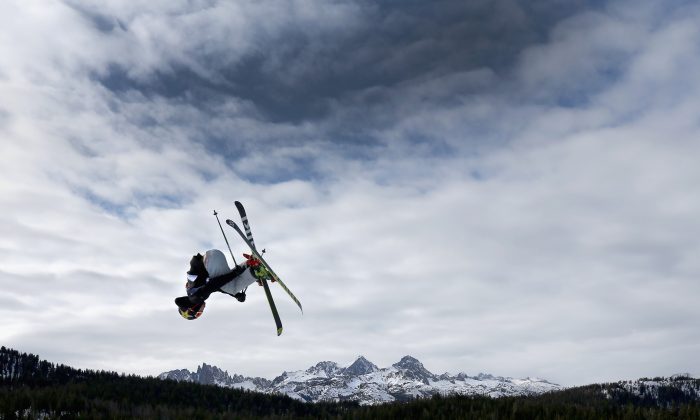 California Ski Resorts Close After They Get Too Much Snow

An unbelievable amount of snow dumped by a series of winter storms hitting Northern and Central California since Feb. 1 prompted at least a few ski resorts to close their facilities.

Mammoth Mountain Ski Area, one of the most popular destinations in California, has received 87 to 129 inches of snow from the storms as of Feb. 5, which raised the season’s total snowfall up to 388 inches, according to the resort’s website.

Over 7-10 feet of snow in 4 days…the Mammoth dig out continues! pic.twitter.com/00cUZuO6OL

“Heavy snowfall picked up again last night (Feb. 4) dropping another 21″ at Main Lodge and over 36″ at the summit bringing our current storm total to about 7-10 feet,” a statement on the resort’s website reads.

The blizzard caused the resort to close its main lodge and upgrade the town’s chain controls to R3, which requires all vehicles to be chained.

“Snow is extremely deep, be safe and do not ride alone,” the statement continued.

June Mountain ski resort in California can't open because of too much snow. 108" of new snow and counting for this storm. pic.twitter.com/4v0F5uSZRu

Another ski resort, June Mountain, which is about five miles north of Mammoth Mountain, on Feb.3 recorded a staggering 72 inches of snowfall in 24 hours, according to the National Weather Service.

The official record for most snowfall within 24 hours in California was 67 inches, which was recorded at Echo Summit near Lake Tahoe on Jan. 5, 1982, according to a report from the Weather Channel. June Mountain’s Feb. 3 snowfall measurement was unofficial.

Sorry folks, but we will remain closed today, Tuesday February 5. We have received over 10ft of new snow at the J2 weather plot since Sat. and today's forecast is calling for strong winds and another 3-10”. All crews are hard at work preparing for tomorrow. Stay safe out there. pic.twitter.com/GATGTbKfpe

“We’re absolutely buried and will remain closed for today, Tuesday February 5th,” said June Mountain on its website. “Since Saturday, we have received over 10ft at the snow plot. Lift, Patrol, Cat, Maintenance, and Snow Removal Crews are hard at work making sure we’re ready for tomorrow.”

California’s two recent storms, which have been named Kai and Lucian, started around Feb. 1 and have produced 5 to 6 feet of new snow over the past 5 days.

This picture was taken by the Conways when they were trying to find Andreas car this afternoon in the Mammoth parking lot A quadruple AR Mammoth sized Sierra snow dump. They are in Powder Heaven. Who needs a car when you have skis? pic.twitter.com/QWMcnQsCeo

“Snow even fell over the West Hills and around the Grapevine and in Tehachapi. National Snow Analysis Center imagery showed that much of the Sierra Nevada now has snow depths of over 100 inches,” according to NOAA.

Kirkwood Mountain Resort, a ski area near Lake Tahoe, is also among those affected by the storms.

“Over 5 FEET of snow in the last 7 days #KirkwoodDeep! The storm cycle we are in is BIG, mountain crews have been working around the clock digging out lifts and base areas,” the resort tweeted on Feb. 4.

Over 5 FEET of snow in the last 7 days #KirkwoodDeep! The storm cycle we are in is BIG, mountain crews have been working around the clock digging out lifts and base areas | 📷: 2.4.19
Please make sure to check mountain and road conditions before traveling tomorrow. pic.twitter.com/yYPB9f8eMy

One tweet from Heavenly Ski Resort, which is near the south shore of Lake Tahoe, showed that half of its ski lift was buried by the snow.

The heavy snowfall also triggered an avalanche warning covering the greater Lake Tahoe area and the Eastern Sierra in Mono County, according to the National Weather Service.

“Widespread avalanche conditions are expected due to high intensity snowfall and strong winds,” said a statement from NWS Reno. “Some avalanches may be large and destructive.”

California’s snow is expected to end by Tuesday night; however, closures of resorts and roads might last longer. Authorities recommend that travelers check weather and road information before taking any trips.