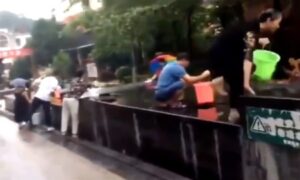 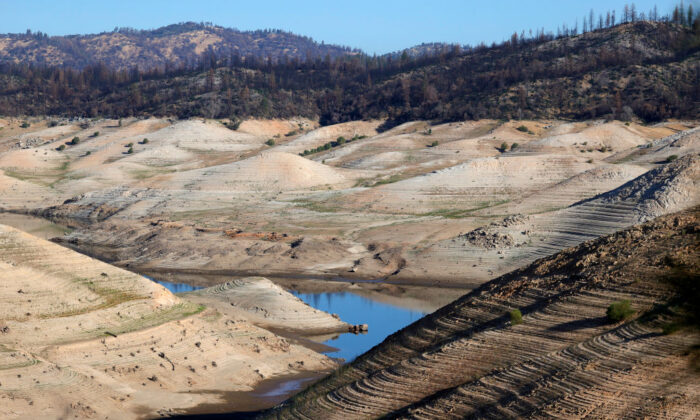 California’s hydroelectric power plant at Lake Oroville was ordered to shut down on Aug. 5, after the reservoir reached record low water supply levels.

“This is just one of many unprecedented impacts we are experiencing in California as a result of our climate-induced drought,” Nemeth said in a statement. “Falling reservoir levels are another example of why it is so critical that all Californians conserve water.”

According to the California Energy Commission, the Hyatt Power Plant is the fourth largest hydroelectric energy producer in the state and the largest state-built water and power development in the country.

Recent data from the DWR show that the water supply in Lake Oroville has decreased to a mere 24 percent of capacity, which is approximately 34 percent of its historic average for this time of year.

While the shutdown might come as a surprise to residents, the DWR, along with California Independent System Operator (CAISO), had anticipated the event and had planned for its loss in water and grid management.

In a March 2021 report, CAISO predicted that a reduction in hydro supply would occur in late summer. While the hydro system produces different amounts of energy each year, this year’s production is below average.

As of Aug. 3, the U.S. Drought Monitor map shows the Lake Oroville area to be in exceptional drought conditions, while other areas are in extreme drought.

“Hyatt Power Plant at Lake Oroville has now officially shut down due to the water shortage,” he wrote on Twitter on Aug. 5. “Stunning that government has allowed a lake that was full two years ago to be drained like this.”

The news of the shutdown didn’t seem to come as a surprise to the assemblyman, as a few days prior, he wrote on Twitter: “Any day now, the massive Hyatt Power Plant at Lake Oroville will stop producing energy for the 1st time in history.”

The announcement of the power plant shutdown comes the same week that state regulators voted to restrict water access to farmers.

Nemeth encouraged all residents to reduce water usage by 15 percent to preserve water in case of another dry spell in 2022.