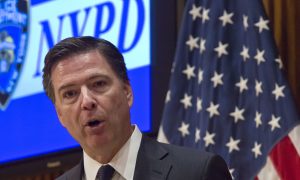 No Evidence That San Bernardino Attacks Were Part of Organized Cell: FBI
0 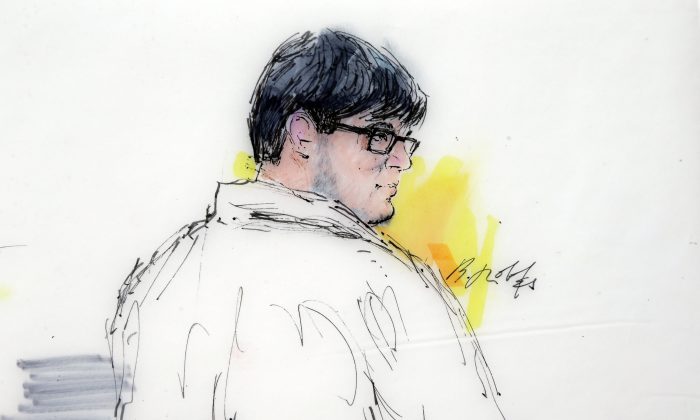 In this Dec. 21, 2015, courtroom sketch, Enrique Marquez Jr. appears in federal court in Riverside, Calif. Marquez, a friend of one of the shooters in the San Bernardino massacre that killed 14 people, was indicted Wednesday, Dec. 30, on five charges that include conspiring in a pair of previous planned attacks and making false statements when he bought the guns used in this month's shootings, authorities said. (Bill Robles via AP)
Crime and Incidents

RIVERSIDE, Calif.—A grand jury has indicted the man who provided the guns used in the San Bernardino massacre on counts that include lying on documents when he bought the assault rifles and helping to plan earlier terror attacks that were never carried out, authorities said.

With the two shooters dead, Enrique Marquez Jr., 24, has been at the center of the investigation since he called 911 after hearing about the attacks that killed 14 people. He then spent 10 days talking to authorities about his years of connections to shooter Syed Farook.

Wednesday’s indictment by the federal grand jury avoids the need for a probable cause hearing before a judge to determine whether Marquez should stand trial on the five counts that could send him to prison for 50 years if he’s convicted.

The counts include conspiring with shooter Syed Farook to carry out attacks in 2011 and 2012. Prosecutors said in court documents that Marquez and Farook planned to use pipe bombs and guns to kill people at the college they attended and to gun down others stuck in rush-hour traffic on a California freeway. The plots fizzled, and they never acted.

Two more counts allege that Marquez said in paperwork that two assault rifles he later gave to Farook were only for himself or his immediate family.

“Mr. Marquez is charged for his role in a conspiracy several years ago to target innocent civilians in our own backyard with cold-blooded terror attacks, and with providing weapons to an individual whose endgame was murder,” David Bowdich, the assistant director in charge of the FBI’s Los Angeles Field Office, said in a statement.

Two other counts accuse Marquez of immigration fraud for a sham marriage with a Russian woman who was the sister -in-law of Farook’s older brother.

Marquez had already been charged in a criminal complaint filed Dec. 17 before the charges were taken to the grand jury. He has not entered a plea, but he is expected to do so in an arraignment Jan. 6. He was being held without bail.

In a bail hearing on Dec. 21 for Marquez, Kim argued that Marquez should be credited for spending 10 days voluntarily talking to the FBI and pointed out that he is not charged with plotting the San Bernardino attacks, only with aborted attacks.

Farook and his wife, Tashfeen Malik, opened fire on a conference room full of his co-workers at a social services center Dec. 2, killing 14 and injuring 22 others. The couple was killed in a gunbattle with authorities hours later.