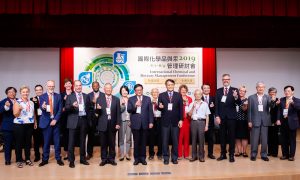 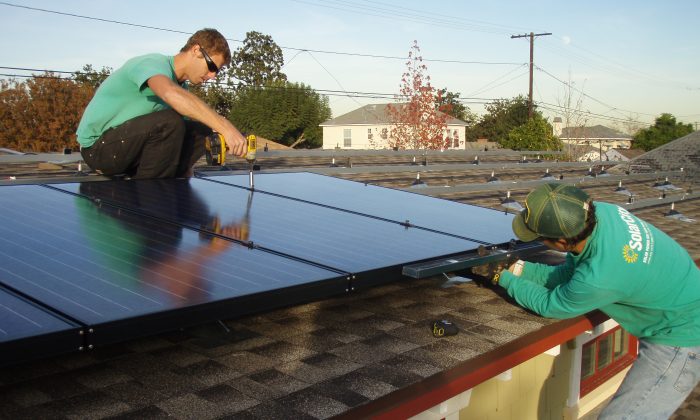 Republican Leader Marie Waldron (R-Escondido) submitted a budget request letter to secure funding to manage vegetation growth near streets and roads to reduce the likelihood of sparks from vehicles causing brush fires. Her letter will be considered by budget subcommittees this spring.

“We need to make sure we are better prepared for natural disasters,” Waldron said in the March 9 media release announcing the bills. “Vegetation management is a vital step to avoiding future wildfire devastation.”

“California must get smarter about its climate policies,” Gallagher said in the release. “Century-old infrastructure, tinderbox forests and catastrophic fires have devastated our communities and eliminated our carbon reductions.”

About two months before former California Gov. Jerry Brown left office in 2019, President Donald Trump chided the state government over its forest management policies in the wake of deadly wildfires.

“There is no reason for these massive, deadly and costly forest fires in California except that forest management is so poor,” Trump wrote on Twitter in mid-November, threatening to withhold federal funds. “Billions of dollars are given each year, with so many lives lost, all because of gross mismanagement of the forests. Remedy now, or no more Fed payments!”

In November 2018, the deadly Camp Fire broke out in Northern California’s Butte County, killing 85 people, burning more than 150,000 acres, and destroying about 19,000 structures. The fire lasted for 17 days.

According to the Associated Press, in response to Trump’s criticism, Brown said: “Managing all the forests everywhere we can does not stop climate change. And those who deny that are definitely contributing to the tragedies that we’re now witnessing, and will continue to witness in the coming years.”

Brown did, however, quietly sign two legislative bills aimed at improving the state’s fire management before Gov. Gavin Newsom was sworn in Jan. 7, 2019.

In a recent interview with The Epoch Times, former California Republican Party chairman Ron Nehring said the state has failed to dedicate enough resources to removing dead trees and brush from forested areas that pose a high risk of wildfires.

“Someone has to go in and take that stuff out and create fire breaks … Until we do those things, we’re going to continue to see this. This is nothing new. It’s not like this is some surprise,” said Nehring, who has served on California’s Board of Forestry and Fire Protection.

“They are lacking the political will in Sacramento to allocate the resources necessary to do that, so the wildfires we see are the result of the natural environment in California … and not a result of climate change, or anything else, for that matter,” he said.

According to a recent Stanford University study, about 84 percent of the 300,624 wildfires in California over the last decade occurred in high-risk areas. About 75 percent were started on roadsides, and nine percent at the sites of power utility structures.

He also proposed AB 3046 aimed at establishing an “Energy Bill of Rights and a council to create solutions to meet the state’s environmental goals without hurting the economy.”

“For too long, we have sat on the sidelines and watched as members of the Legislature tackled the issue of climate change in drastic and counterintuitive ways,” Mathis said in the release. “I am proposing innovative ways to address the state of our planet that takes the wellbeing of every day Californians into account and makes real change for our state.”

Assemblyman Tom Lackey (R-Palmdale) introduced AB 1848 to address long commute times and encourage the use of public transit to decrease the environmental impacts of commuting.

“My district is home to one of the longest commutes in the nation. These commuters are the backbone of our economic success in Southern California and every day they choose between extreme traffic congestion and a failing public transit system,” Lackey said.

“By transferring $4 billion from High-Speed Rail to the Southern California Regional Rail Authority, we encourage commuters to take an active role in the technological advances of the 21st century and a practical step in making California more sustainable.”

“Arbor Day is a chance to highlight the important role trees and vegetation play in keeping our air clean,” Voepel said in the release. “March 7 serves as a reminder to plant a tree, prune existing plants to safeguard against fire hazards and appreciate all that nature has to offer.”