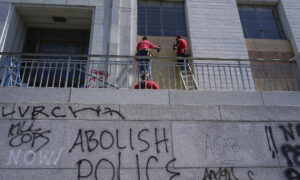 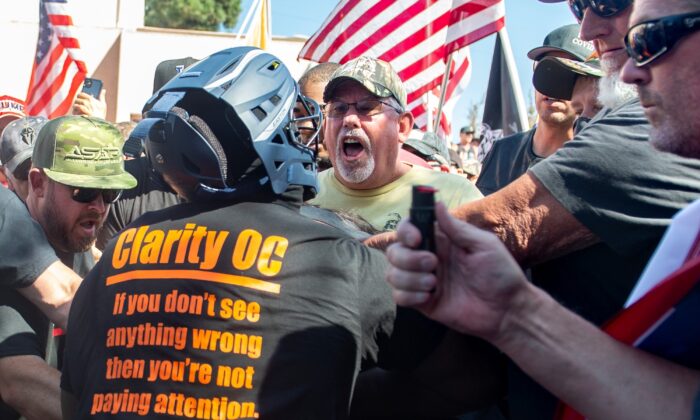 After a year of social justice protests and identity politics leading to the 2020 election, Orange County Republicans say it’s time for Americans to turn down the heat on rhetoric and focus on commonalities rather than differences.

But how Republicans should approach such a hot-button topic depends on who you ask within the party.

“We, as Republicans, are not inviting identity politics,” she said. “We believe in individual liberties no matter who you are. All men are created equal, period. The Constitution guarantees rights for all, so no matter what you are, as an American, you have the same rights as everybody else. It is a mistake for Republicans to compete with Democrats for wokeness. Wokeness is antithetical to liberty.”

“All men,” she said, is a term that means all people and has been used for hundreds of years.

“Republicans were never into identity politics. It’s best man for the job, period. We don’t care what you are, who you are, what your personal choices are. We don’t care. If you’re the best person for the job and you represent those individual liberties and abide by our Constitution and believe in that, we’ll vote for you. You’re a Republican.”

Craig DeLuz, communications director for the Californian Republican Assembly (CRA), doesn’t look to social justice activism as a solution to poverty and other problems that exist in some communities.

Though he’s black, he said he’s “not into the racial equity or all of that.”

“One of the things I always like to point to is a lot of people talk about diversity, and what’s interesting about CRA is we’re a statewide organization that’s recognized by the Republican Party as the most conservative group with a black president, a black chaplain, and a black director of communications who basically serve as the face of the organization,” DeLuz said.

“That’s the sort of diversity that we have, but guess what? We are all, as I like to say, solid conservative card-carrying members of the vast right-wing conspiracy.”

In some neighborhoods, too many black children grow up in poverty because many live in single-parent homes, he said.

“I think it is important to understand that there are communities that are not doing as well as others. It’s important for us to dig down and understand why, because I honestly believe that race has nothing to do with it,” DeLuz said. “I believe it more has to do with socio-economic factors and sociological factors that tend to be predominant in those communities. We need to address those issues. In the black community, it is fatherlessness.”

“So, if we have less fatherlessness, and we have two parents in the home, they’re a lot less likely to grow up in poverty. I just use that as an example, but fatherlessness is something that’s important in all communities: black, white, Latino. That matters.”

Still, he said it would be a mistake for Republicans not to recognize how people want to identify themselves.

“We’re never going to win as a party by telling people, ‘We’re all human, there’s no such thing as black or white people,’” DeLuz said. “When someone clearly sees themselves as black, then you’ve now lost them; you’ve just denied who they are. If you say, ‘Well, there’s no such thing as Latino,’ once again, why would they listen to you if you’re already denying who they believe they are?”

Randall Avila, a spokesperson for the Republican Party of Orange County, said it’s time for both Republicans and Democrats to deescalate the rhetoric when it comes to identity politics.

“Speaking not only for the chairman of the party, but myself as a Latino, we need to lower the temperature all across the board,” Avila said. Dividing issues based on ethnicity or gender isn’t in the best interests of anyone, he said.

“There’s no Latino economy, per se; there’s no black economy, per se. We are all living in the same space, and when the economy rises or falls … it affects us all, and yes, to some degree, it affects some communities more than others,” he said. “We have to be cognizant and recognize those things in our public policy decisions, but the language and the temperature really needs to change.”

Avila suggested that when political opponents talk about systemic racism affecting communities of color, they “don’t seem to provide any solutions on how to fix that. It seems to only be calling it out for political purposes.”

“And so, we don’t like identity politics,” he said. “We think that it tends to be very divisive, and it creates an us-versus-them mentality. We all need to be united as Orange County residents, as Californians, as Americans … making sure that we’re collectively making a stronger economy for everyone.”

A more serious approach needs to be taken to address issues underlying the heated rhetoric to fix problems that cause disparity, Avila said.

“But we have to be serious with issues if we’re going to talk about them, and we have to actually provide solutions to things. We can’t just talk about them to win elections and get people riled up and cause them to do some heinous things like we saw over the summer,” he said.

“It happened here in Orange County, it happened in L.A., where a lot of my friends live and where I’m from originally. I mean, it causes a lot of issues and it’s literally burning us to the ground—both figuratively and literally.”

Avila said Republicans will continue to reach out to every voter of every color, background, and community to provide real solutions for equal opportunity.

“And I think that will help a lot but we’re going to need our friends on the other side to lower the temperature a little bit on what they’ve been doing to incite a lot of this,” he said.

Although constitutional provisions promise equal opportunity, more recent legislation passed with the intention of eliminating or reducing inequality has either done nothing to affect change or has actually backfired and created even more disparity, Avila said.

“There are basic laws in place founded in our Constitution. I feel, though, a lot of the laws, especially here in California, have gone way off the rails,” Avila said.

Republicans, he said, no longer have the “the luxury” of relying solely on the Constitution. “California has put a lot of laws on the books, and it’s going to take a whole lot of cleaning up that we need to do as Republicans.”