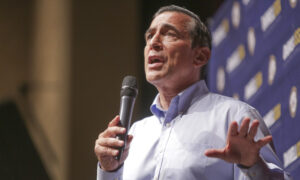 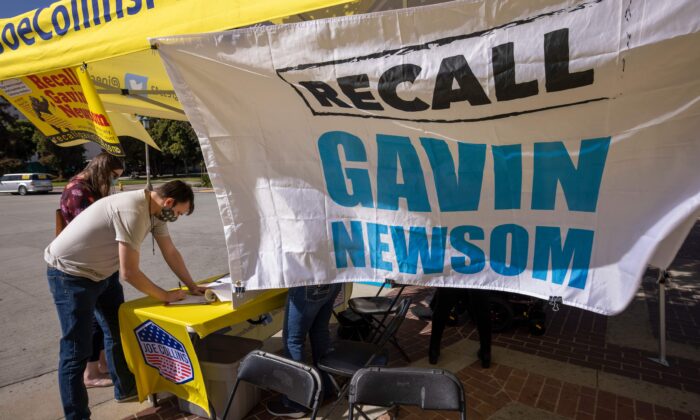 Backers of the recall effort against California Gov. Gavin Newsom said that they submitted by Wednesday’s deadline, a number that will likely far exceed the required threshold even if a fraction prove to be invalid.

Newsom himself acknowledged Tuesday that the recall effort would likely qualify, triggering what could be a wildly expensive race later this year to protect the Democratic governor’s seat in one of the bluest states in the country. Newsom, however, has promised to fight it and has blasted the effort to oust him, blaming it on right-wing extremists.

“The chief, the top 10 proponents, the people that are behind this are members of the Three Percenters—the right wing militia group, the Proud Boys, supported the insurrection, are folks that quite literally enthusiastically support QAnon conspiracies, and so that’s the origin here,” Newsom told “The View” Tuesday.

The over 2 million signatures will be verified by 58 California county officials, who will toss any deemed invalid. But over 83 per cent of those counted so far have been validated, a rate that would lead to far more acceptable signatures than the 1.5 million required.

Dave Gillard, a Republican recall strategist, said Wednesday that the signees were “64.10 per cent GOP; 25.30 per cent NPP (No Party Preference); 9.00 per cent Dem; 1.60 per cent Other and 49.48 per cent Female,” adding that the Democratic signees were not sought after by recall supporters and signed completely on their own accord.

Under California state law, the recall ballot will ask voters if they want to recall Newsom, and if so, whom do they want to replace him. Since Newsom is barred from appearing among the recall candidates, a Republican could win with just a plurality of votes if the GOP can convince a majority of voters to oust the incumbent governor.

But Republicans likely face an uphill battle in the deeply Democratic state. Newsom has already launched ads tying his challengers to former President Donald Trump, who is remarkably unpopular in the state and lost to President Joe Biden by over 5 million votes.