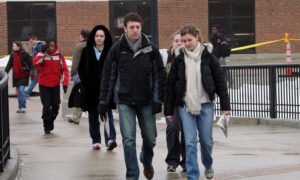 Illinois University Drops Use of Standardized Tests in Admissions
0 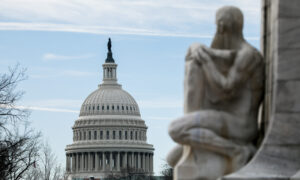 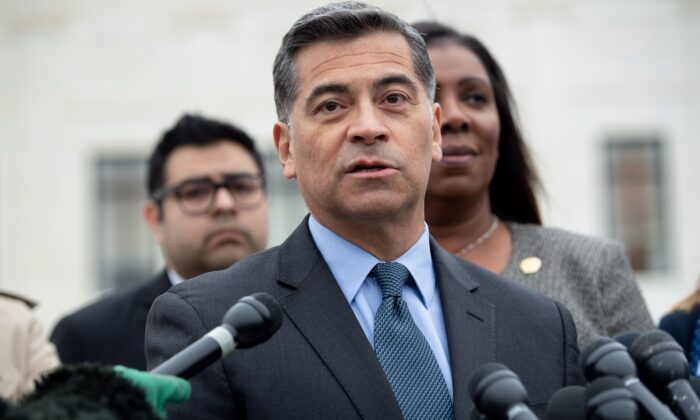 California Attorney General Xavier Becerra speaks outside the US Supreme Court in Washington on Nov. 12, 2019. (SAUL LOEB/AFP via Getty Images)
US News

A multi-purpose cattle ranch in coastal California with private beachfront property is suing the state over a new law that gives state officials sweeping powers to conduct warrantless searches and inspections of the property in hopes of gaining public access to its beaches in the future.

Because he enforces the laws of the state, California Attorney General Xavier Becerra, a Democrat, is named as a defendant. “We will decline to comment for now,” Becerra spokeswoman Sarah Lovenheim said in an email.

According to Pacific Legal Foundation (PLF), Hollister Ranch, in Santa Barbara County, has been a working cattle ranch for 150 years and today produces around 1 million pounds of beef per year. PLF is a public interest law firm headquartered in Sacramento, California.

The gated community consists of about 136 privately owned parcels, some of which have houses on them, spread out over 14,400 acres. There are about 100 homes in total on large, subdivided parcels of agriculturally zoned land.

Ranch management says it has carefully restricted development on the property over the years “to protect the existing environment and traditional rural western lifestyle and culture while fostering strategic public, educational, and scientific access,” according to the complaint.

The ranch also includes about 8.5 miles on the Pacific coast, consisting of largely untouched beaches, rocky shorelines, creeks, steep bluffs, and rolling hillsides. Because human activity on the shore is kept to a minimum, tide pools on the shoreline are said to be among the least disturbed of any in southern California, according to the complaint.

But ranch management and property owners are angered by AB 1680, a California law that took effect Jan. 1, that gives state agencies unrestricted authority to enter and search the ranch, including employee houses, barns, and other structures, at will with a view to making the private land available to the public.

The state law “declares that officials and agents of the California Coastal Commission and three other state agencies ‘shall have access’ to all common areas within the Ranch for the purpose of searching for ‘resources’ and potential ways for the public to traverse Plaintiff’s land,” according to the complaint.

Anyone who tries to “delay” or “impede” officials may face fines that max out at $22,500 per violation per day, even though the statute “does not define what constitutes a prohibited ‘action’ that ‘impedes,’ ‘delays,’ or ‘obstructs’ the implementation of a Ranch public access program.”

Attorney J. David Breemer, of Pacific Legal Foundation, told The Epoch Times that his clients are exasperated by the sheer vagueness and wide sweep of AB 1680.

“Is it a violation to continue to stop someone at the gate house to check their identification?” Breemer said. “No one knows.”

“Is it a violation to video officials as they walk around? No one knows what behavior is allowed or not allowed? Filing a lawsuit: Is that a violation?”

“The state has decided to use a heavy-handed approach to getting what it wants at the ranch without respecting the owners’ property rights, views, and their way of life,” Breemer said.

Those at the ranch “have preserved this place in a pristine state, so it is a slap in the face for the state to come in and say we’re coming in and bringing the public with us.”