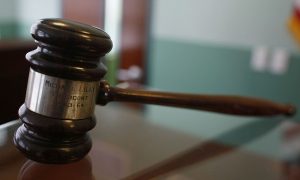 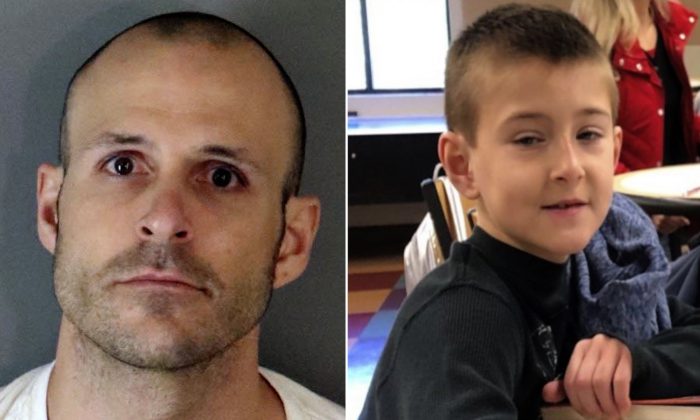 CORONA, Calif.—A California man was charged on March 29 in the torturing death of his 8-year-old son, who hasn’t been found weeks after his mother reported him missing southeast of Los Angeles, prosecutors said.

Both parents had already been jailed on child abuse charges following the boy’s disappearance.

Bryce McIntosh, 32, was charged with first-degree murder with the special circumstance of torture in the death of Noah McIntosh, Riverside County District Attorney Mike Hestrin said.

Police in the city of Corona said they are still looking for the boy but after searching three locations, found evidence that Noah was killed. Items included a trash can, plastic bag with residue consistent with blood, blender parts and empty bottles of drain cleaner, court papers show.

“There is no more trust a child should have than in their parents,” Police Chief George Johnstone told reporters. “It truly is saddening. And it truly tears at our hearts to see this type of case.”

Police said Jillian Godfrey reported on March 12 that she couldn’t reach her son and had last dropped him off at his father’s home more than a week earlier. Police said Godfrey later told them she stayed at McIntosh’s apartment from March 1 to March 3 and last saw her son on March 2.

McIntosh is expected to appear in court next week on the murder charge. His attorney Brian Cosgrove declined to comment. In court filings, police said McIntosh bought gloves, acid, drain opener and a trash can on March 4.

That’s also the day that McIntosh searched on his cellphone for “normal heart rate for 8 year old” and information about sodium hydroxide, which is corrosive and can dissolve flesh, Corona police Det. Mario Hernandez wrote in a court filing in support of an arrest warrant.

Godfrey initially told police she last saw her son on March 4, but later said it actually was two days earlier and that McIntosh had taken the boy into the bathroom where the child asked his father why he was hurting him, Hernandez wrote.

Police searched areas in Riverside County where McIntosh’s cellphone had been used on March 4 and March 5 and found a glove, plastic bag, empty drain cleaner bottles and other items. They also had a plumbing company search his apartment and found that the bathtub plumbing trap was cleaner than usual, Hernandez wrote.

Noah’s 10-year-old sister described how her father abused her brother by putting him in the bathtub and handcuffing him, according to the court filing.

Police asked residents to contact them if they saw either parent or a black BMW in the weeks before the boy disappeared. Residents held a vigil last weekend and hung blue ribbons throughout the community 40 miles (65 kilometers) southeast of Los Angeles to honor Noah.

“These are tears from heaven. That’s what this is.” In pouring rain & hail dozens of people in Corona tied blue ribbons on trees around town to honor #MISSING 8 year old Noah McIntosh. They want his family to know this community cares tremendously about him. @CBSLA pic.twitter.com/RSUUVNpQLj