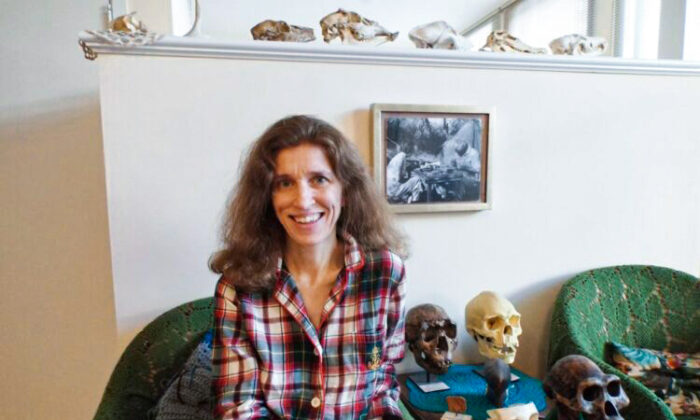 An anthropology professor is suing San Jose State University in federal court in California, claiming the school smeared her as a racist and colonialist, and punished her because she’s been critical of a federal antiquities law.

The legal complaint (pdf) in the case, Weiss v. Perez, court file 5:22-cv-641, was filed on Jan. 31 with the U.S. District Court for the Northern District of California. The lead defendant, Stephen Perez, is being sued in his official capacity as interim president of San Jose State University (SJSU).

“San Jose State University has labeled professor Weiss a racist merely for teaching and for advancing controversial ideas in her field. They’ve barred her from doing her research and done so unjustly,” Ortner said.

“Their actions are unconstitutional retaliation under the First Amendment, and we are eager to fight on her behalf.”

Weiss, a specialist in osteology, the study of human skeletal remains, is a tenured anthropology professor at SJSU. Weiss has been critical of the federal Native American Graves Protection and Repatriation Act (NAGPRA), which, since 1990, has recognized aboriginal human remains, funerary objects, objects of cultural importance, and sacred objects removed from federal or tribal lands, as belonging to lineal descendants, Indian tribes, or Native Hawaiian organizations.

In the 2020 book she co-authored, “Repatriation and Erasing the Past,” she took aim at NAGPRA and similar state laws that require universities and museums to surrender Native American skeletal remains to tribal descendants. Such laws undercut objective scientific inquiry and run afoul of the U.S. Constitution’s establishment clause by favoring religion over science, she argues.

Although Weiss’s views may be controversial, she had been writing about these topics for years without criticism or pushback within SJSU. In addition, her “writings, research, and expression in and outside the classroom, are protected by the First Amendment,” according to the legal complaint.

One of the defendants, Roberto González, who chairs the SJSU Anthropology Department, previously praised Weiss for her ability to “spark lively discussions among various stakeholders,” and to “boost the department’s national reputation as a center that fosters creative and unorthodox viewpoints on important issues.” And in 2019, the SJSU College of Social Sciences gave her the Austin D. Warburton Award of Merit, which SJSU’s website says recognizes a faculty member whose achievements are “worthy of international or national recognition, with significant impact upon a field of scholarship in the Social Sciences.”

Despite her criticism of NAGPRA, which gives tribes the right to claim possession of remains through a process called repatriation, “[in] her research and curatorial responsibilities, Professor Weiss has always complied strictly with NAGPRA and the California Native American Graves Protection and Repatriation Act (CalNAGPRA),” the legal complaint states.

But after her book was published, Weiss’s views gained heightened visibility and angered a Twitter mob and some of her colleagues. SJSU officials then began “a poorly disguised campaign of retaliation” against Weiss because they didn’t approve of her views on NAGPRA. SJSU denied her access to its collection of skeletal remains, which she had long used and needs for her research, and barred her from taking X-rays and photographs of the remains, something her work also requires. Officials also “eliminated or substantially diminished Professor Weiss’s academic position as a curator for the remains.”

SJSU officials have threatened Weiss “with disciplinary action or other forms of retaliation, if she dares to teach her views to her students in the future,” the legal complaint states.

The university conducted something resembling a political show trial online.

After angry activists used social media in an effort to shame SJSU for initially standing behind Weiss, defendant Walt Jacobs, dean of SJSU’s College of Social Sciences, hosted a Zoom event open to anyone in June 2021 for deans and chairs. It was titled: “What to Do When a Tenured Professor is Branded a Racist.” During the event, SJSU administrators, including González, labeled Weiss a white supremacist. One administrator likened her views on repatriation to lynching. González accused Weiss of being “professionally incompetent,” which could be a ground for revoking her tenure, and agreed with a colleague who said allowing her to teach students would be “unethical.”

Ortner said PLF is asking the court to allow Weiss to access the remains in the school’s collection and enjoin the university from taking any further actions against her.

Because there are still “outstanding threats that if she keeps teaching her material, they’re going to discipline her and remove her from the classroom, we’re seeking a court order so they can’t do that,” Ortner said.

The goal is to “get her back in and be able to do her research, continue to carry out her duties that she wants to do and is expected to do, and assigned to do,” he said.

“San Jose State University is aware of the filing and is currently reviewing [it],” Kenneth Mashinchi, the university’s senior director of strategic communications and media relations, wrote in an email response.