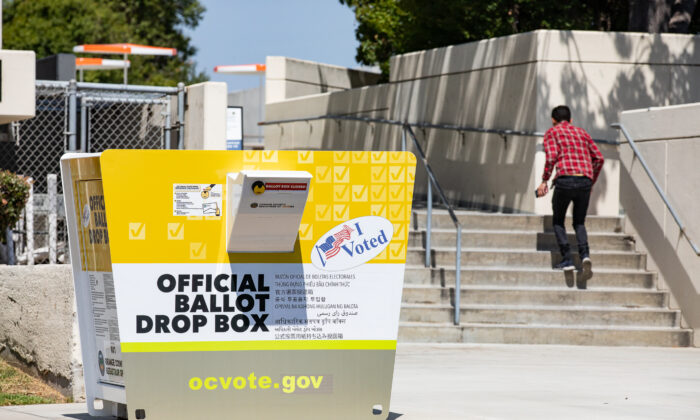 What was expected to be a relatively boring election in California turned out to have several surprises.

1. Turnout was just 16.3 percent, according to the Secretary of State’s website. That was way down from the 2020 primary’s 47.9 percent, when Democrats were voting for their nominee for president and actually picked Bernie Sanders over Joe Biden, 36 percent to 28 percent.

Or even from the previous gubernatorial primary, in 2018 at 37.5 percent. Although that time Democrats were picking a new nominee for governor, with Newsom beating former Los Angeles Mayor Antonio Villaraigosa 34 percent to 13 percent. Republicans even had some hope, with John Cox finishing second in the Top Two system, at 25 percent, even though he ended up being defeated badly that November.

Low turnout helps Republicans, who tend to be older voters more interested in current affairs. Democrats tend to be younger and hang out at the beach a lot. Or so I remember it. But I’ll be 67 next week, so who knows. Democratic dominance of the state also tends to dampen enthusiasm among their ranks more than does Republican despair at always losing.

2. “It always starts in California” is turning out to be true again. The recall of radical leftist District Attorney Chesa Boudin in San Francisco, 60-40 percent, follows the February recall of three far leftists from the school board in February. There’s also a good chance “get out of jail free” Los Angeles District Attorney George Gascón will be recalled this November. This is going to spread eastward across the steppes to the East Coast.

3. Following that trend, incumbent Democratic Attorney General Rob Bonta received just 54 percent in his re-election bid. He will face Republican Nathan Hochman, a former assistant U.S. attorney for the Central District of California. He has emphasized a law-and-order agenda. That will be a big contrast to Bonta’s emphasis on passing gun control and assuring abortion remains legal, even though the potential overturning of Roe v. Wade wouldn’t affect state abortion laws.

4. Heading toward November, the big issues will be: inflation ($7-plus gas), shortages (baby formula), recession (new mortgages at 22-year low), crime. Democrats run everything, nationally and in California, so they can’t avoid blame.

5. Once again, the horrible Top Two system wreaked havoc on democracy. No third party candidates will be on the November ballot. The two independents who were given the most publicity were trounced. Michael Schellenberger, the innovative guy who backs nuclear power, received just 3.7 percent for governor. Anna Marie Schubert, running for attorney general, got 7.5 percent, second lowest.

Before Top Two, maybe the Libertarian Party would have attracted these candidates, and they would have gone to the November ballot. But now the LP is irrelevant, along with the Greens/Peace & Freedom “Lefty Unity Slate.” Their ideas, good and bad, should be part of the policy mix leading up to November.

6. For controller, Republican Lanhee Chen won with 37 percent to 21 percent for Democrat Malia M. Cohen, who also will be on the November ballot. Along with Hochman, Chen could become the first Republican to win statewide office since 2006.

Voters still give Republicans a little preference for these financial positions; although not enough in this post for victory. In 1994 and 2002, Rep. Tom McClintock, at that time a state senator, nearly won two races for controller, despite almost no funding against well-funded Democratic opponents.

Chen is promising to do what McClintock did: thorough audits of all government activities. Of course, that’s the last thing the ruling Democrats want, as doing so would reveal vast amounts of waste, fraud, and abuse.

Chen also would complete the state’s Annual Comprehensive Financial Report on time, instead of always being years late, as with incompetent incumbent Betty Yee, fortunately leaving due to term limits. Every one of the other 49 states gets its ACFRs done on time.

As my former boss retired state Sen. John Moorlach wrote on The Epoch Times, “When a publicly traded corporation is late in issuing its audited financial statements, it’s usually a red flag that something is amiss. If the excuse doesn’t hold water, investors may need to unload their shares before even worse news is released.”

7. Incompetent Superintendent Tony Thurmond will face a runoff. California now ranks 50th in literacy. The extreme lockdowns imposed on schools by Newsom were not resisted by Thurmond, despite the damage to students.

Because he got only 46 percent, failing to go above 50 percent, Thurmond will face a runoff. That appears to be Ainye E. Long, who got 11.7 percent. She is a public school math teacher who has worked in charter schools. Although George Yang, at 11.6 percent, is close behind and could trigger a final vote. The Republican Yang is an engineer and immigrant from China.

I have to say I’m disappointed second place did not go to Republican Lance Christensen, the chief of staff for Moorlach when I was press secretary. Lance came close, at 11.3 percent. He’s a policy expert on both education and budgets and would have made this a really interesting race. He worked really hard, crisscrossing this gigantic state to gather votes. Although this is a nonpartisan race, it looks like, once again, two Republicans canceled each other out.

8. This may have been the most musical election ever, with candidates named Schubert, Caruso, and Bass (pronounced like the instrument, not the fish, as she does). As in, Anne Marie Schubert, the independent who lost in her bid for attorney general; and Los Angeles mayoral candidates Rick Caruso and Rep. Karen Bass. I’m hoping the latter two will turn their debates into arias from my favorite opera, “Carmen.”