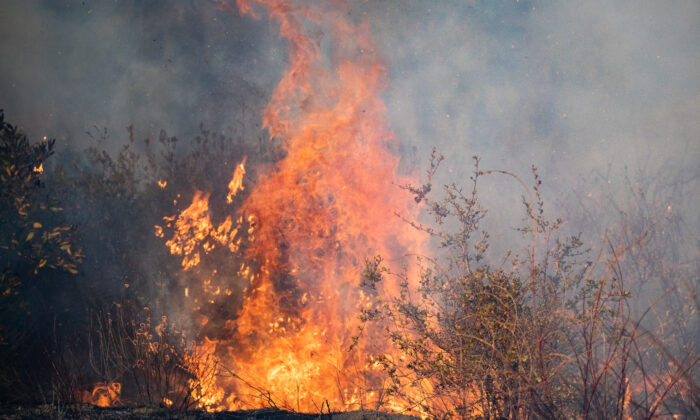 With Northern California fires continuing to burn and devastate structures, the state imposed a mandatory one-year moratorium that prevents homeowner insurance cancellations and non-renewals following an emergency declaration on Sept. 20.

Approximately 325,000 policyholders in 22 counties living within the perimeter or in zip codes of a declared wildfire disaster will benefit from the moratorium. Areas covered by the moratorium include nearby the Dixie, River, Caldor, Tamarack, McFarland, Fly, Monument, and Cache fires.

The moratorium is set to protect homeowner insurance for one year and comes a few months after Gov. Gavin Newsom announced the first emergency declaration as wildfires began to outbreak up north.

“Protecting consumers is Job One,” Lara said. “This California law empowers my office to help give people the breathing room they desperately need as they recover.”

Since July 23, Newsom announced six emergency declarations as wildfires continue to roar upstate. As a result, a similar moratorium was implemented in July to assist Lassen, Plumas, and Siskiyou counties serving 25,000 policyholders.

According to a Sept. 21 report by Cal Fire, since the beginning of the year, there have been over 7,500 wildfires that have burned over 2.3 million acres in the state.

The Dixie fire, which is 90 percent contained, is the top damaging fire in the state with over 1,300 structures destroyed and nearly 100 damaged.

Alone the Dixie fire has burned close to 100,000 acres, which is more than any other current fire throughout the state.

As the fires continue, a red flag warning has been released as gusty winds hit up to 40 mph in the Northern Sierra Nevada, Southern Cascades, and eastern Sacramento Valley foothills.