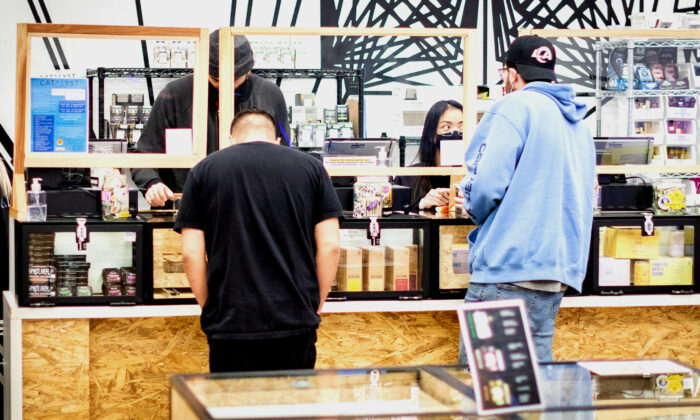 A bill that makes it illegal for employers to discriminate against people who use marijuana while away from work has passed the California Legislature and awaits Gov. Gavin Newsom’s signature by the end of September.

Assemblyman Bill Quirk (D-Hayward) authored the legislation, passed Aug. 30, that would make it illegal for an employer to discriminate against a person in hiring, termination, or terms and conditions of employment based on a drug screening test finding the presence of non-psychoactive cannabis metabolites in their system or for the person’s off-duty use.

“AB 2188 is a balanced solution that will protect the rights of employees and employers,” Quirk said about the bill. “It will allow California to continue being a progressive leader on cannabis issues.”

Employees hired for positions that require federal background investigations or security clearances would not be covered by AB 2188. Marijuana, while legal in the state, remains illegal at the federal level.

Individuals in the building and construction trades are not covered by the bill either.

If signed by the governor, the measure would take effect Jan. 1, 2024. Language to prohibit this type of workplace screening protocol would be added to the California Fair Employment and Housing Act.

Most cannabis tests—including hair and urine—screen for the presence of inactive cannabis metabolites, which are substances that remain in a person’s system long after they use the drug.

“When most employers conduct a drug test, they typically screen for the presence of non-psychoactive cannabis metabolites, which can remain present in an individual’s bodily fluids for weeks after cannabis use and do not indicate impairment,” Quirk said.

Last year, the California State Personnel Board heard a case filed by a CalTrans highway maintenance worker who tested positive for cannabis use after he returned from a leave of absence. In that case, the judge decided in favor of the employee, ruling that a positive urinalysis test for marijuana was not grounds for dismissal because there was no evidence that the worker was “under the influence” of cannabis when he reported for duty.

Those in favor of the bill say it is unfair to deprive someone of employment for legal use of marijuana.

“Cannabis is legal in California, and workers have a right to engage in legal activity while away from the job. Yet countless workers and job applicants are losing job opportunities or being fired because they test positive for legal, off-the-job use of marijuana on account of indiscriminate urine and hair metabolite tests,” bill sponsor Cal NORML’s director Dale Gieringer said in a statement.

The California Cannabis Industry Association told The Epoch Times the bill still allows employers to use tests to determine “whether someone is under the influence of cannabis while actively on the job.”

“The bill does not prevent employers from drug-testing employees but rather states that a test for non-psychoactive cannabis metabolites linger in the body for up to months after someone uses cannabis, is not grounds for hiring or termination,” the association’s Executive Director Lindsay Robinson told The Epoch Times.

The California Chamber of Commerce opposed the bill, saying it will still risk workplace safety and “create a protected status for marijuana use in [Fair Employment and Housing Act].”

“California employers may face liability when they take legitimate disciplinary measures against their employees,” the California Chamber of Commerce said, according to a bill analysis. “If California policymakers wish to force a shift towards newer testing technologies—that is one thing. But we do not believe marijuana should be elevated to a legally protected status above comparable drugs (like alcohol).”

Citizens Against Legalizing Marijuana (CALM), an organization working to oppose the legalization of marijuana in California and other states, agreed with the chamber and called the bill “unsafe.”

“The key message in each of these [cannabis-related] bills [passed by the state Legislature] is that the pot industry now controls pot legislation without any care for public health and safety. Consider the right to a drug-free workplace or the right to drive on roads without impaired drivers,” Scott Chipman, of CALM, told The Epoch Times. “The fact that the bill carves out employees in the building and construction trades is an admission the bill is unsafe and should not be signed by the governor. The Chamber of Commerce is correct in opposing this bill.”