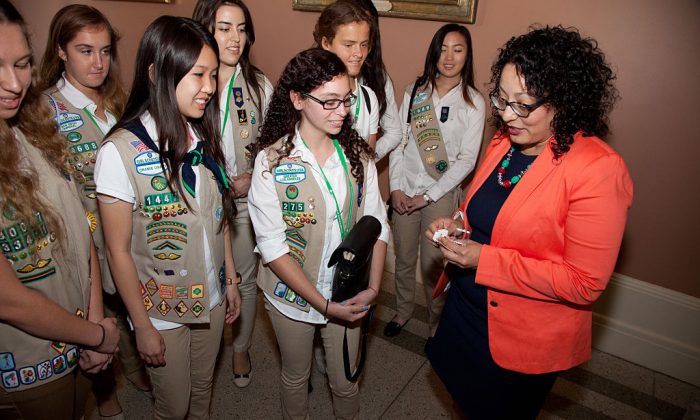 California Official Behind #MeToo Push Is Accused of Groping Staffer

The California official credited for leading #MeToo into a national movement has been accused by a former staffer of sexual misconduct.

Daniel Fierro said that he was 25 years old when Democratic Assemblywoman Cristina Garcia approached him after an assembly softball game in 2014.

Fierro said that they were alone when she stroked his back, squeezed his buttocks, and tried to touch other private areas, reported The Washington Post.

Fierro said that the assemblywoman appeared intoxicated. He left the scene quickly.

Fierro said he didn’t say anything at the time because he didn’t want Garcia to be affected by the repercussions such an action would lead to, and also because there wasn’t the current whistleblower legislation in place to protect legislative staffers.

But he told his former boss, Democratic Assemblyman Ian Calderon, in January, and Calderon referred the matter to a panel that is now investigating Garcia.

Garcia has also been accused by a prominent Sacramento lobbyist who has chosen to remain anonymous, reported Politico.

The lobbyist said that Garcia accosted him in May 2017 and made a graphic sexual proposal before trying to grab him in a private area. She also called him several times for late night drinks, he said.

The lobbyist also said that Garcia appeared to be intoxicated.

Jessica Levinson, a professor of law and political ethics at Loyola Law School of Los Angeles, told Politico that if true the accusations against Garcia could seriously damage the national #MeToo movement.

She said that the stories underscore how “sexual harassment is not OK, period—regardless of whether it’s by a man, or a woman. And frankly, this threatens to set the movement back—because when you have one of the faces of this movement facing these allegations, that’s a real problem.”

But Garcia is denying the accusations.

“Every complaint about sexual harassment should be taken seriously and I will participate fully in any investigation that takes place,” the lawmaker said in a statement obtained by CBS. “I have zero recollection of engaging in inappropriate behavior and such behavior is inconsistent with my values.”