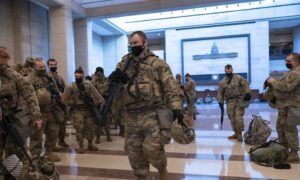 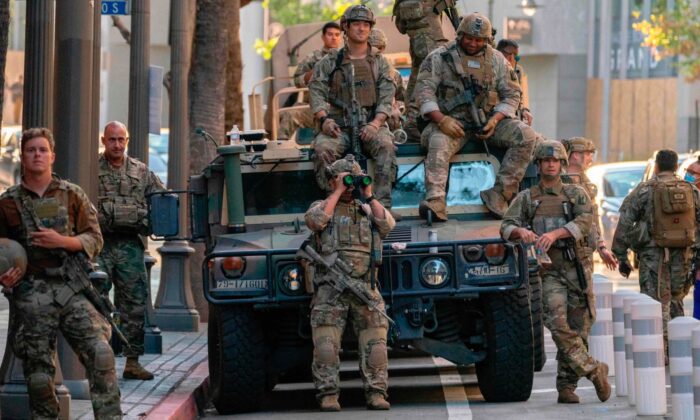 The governor of California announced the state is enforcing its security and taking “proactive measures” against possible civil unrest around the state’s Capitol ahead of President-elect Joe Biden’s inauguration next week.

“In light of events in our nation’s capital last week, California is taking important steps to protect public safety at the State Capitol, and across the state,” Gov. Gavin Newsom said in a statement on Thursday.

“Our State Operations Center is actively working with federal, state and local law enforcement partners in assessing threats and sharing intelligence and information to ensure those disgraceful actions are not repeated here,” he continued.

The measures include the mobilization of 1,000 members from the California National Guard who will ensure the protection of critical infrastructure and the state Capitol, Newsom authorized in a signed General Order.

In light of events in our nation’s capital last week, CA is taking important steps to protect public safety at the State Capitol & across the state.

In addition to increased police presence, authorities have also installed fencing and other barricades around the California Capitol that includes a 6-foot chain-link fence to enforce safety on its grounds.

“We’re treating this very seriously and deploying significant resources to protect public safety, critical infrastructure, and 1st Amendment rights,” Newsom said during a press briefing. “There will be no tolerance for violence.”

FBI Director Chris Wray on Thursday said the bureau was monitoring an “extensive amount of concerning online chatter” related to potential threats leading up to the presidential inauguration on Jan. 20.

Wray gave the update during a security briefing for Vice President Mike Pence as part of preparations for the upcoming inauguration of Biden. This comes amid growing concerns that the civil unrest and violence observed on Jan. 6 may repeat next week.

The FBI leader said that his department was assessing incoming leads about calls for armed protests and other types of potential threats linked to the Jan. 6 U.S. Capitol breach.

The Justice Department said federal authorities have charged about 80 cases and arrested 34 individuals in connection to the acts of violence at the Capitol. Left-wing activists and some protesters waving American and Trump flags illegally stormed the Capitol building. The mayhem left 5 people dead—three due to medical reasons—and dozens of police officers injured.