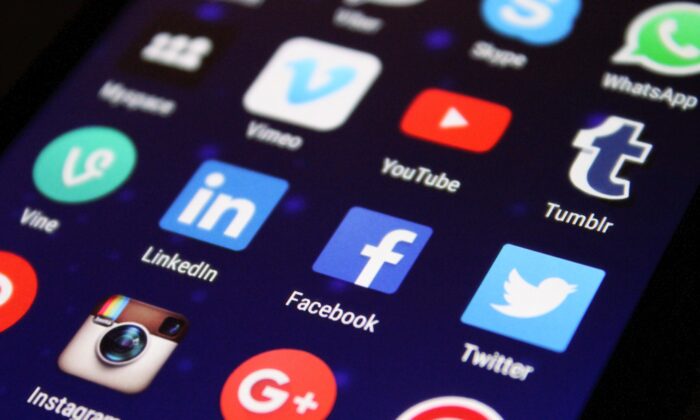 California May Ask Social Media to Report How They Monitor Users to Combat ‘Hate Speech,’ ‘Misinformation’

A state bill that would require social media platforms to share how they monitor their users’ activities and contents to combat “hate, disinformation, conspiracy theories, and extreme political polarization” made its way through a senate committee last week.

Assembly Bill 587, dubbed the Social Media Transparency and Accountability Act of 2021, would require social media companies earning over $100 million a year to publicly disclose their “terms of service”—defined as a set of policies that specifies “the user behavior and activities that are permitted” on their platforms, according to the bill text.

“It’s long past time for these companies to provide real transparency into their content moderation practices,” bill author Assemblymember Jesse Gabriel (D-Woodland Hills) said in a March 2021 press release. “The public and policymakers deserve to know when and how social media companies are amplifying certain voices and silencing others.”

The bill was passed by the state Senate Judiciary Committee on June 29 after passing through the Assembly last year in a 64–1 vote. It was now re-referred to the Senate Appropriations Committee to be heard on August 1.

It would also require companies to submit—no later than January 1, 2024—their first quarterly reports introducing their most current terms of service and detailing how they address user contents that violate those terms to the attorney general’s office, which would then post the reports on its website.

Specifically, these companies would need to share how they define and moderate “hate speech or racism,” “disinformation or misinformation,” “extremism or radicalization,” “harassment,” and “foreign political interference.”

Some civil rights groups and tech accountability companies have thrown in their support for the bill, such as Accountable Tech, Common Sense Media, the Anti-Defamation League, and the National Hispanic Media Coalition.

Since the bill requires full disclosure, the groups told legislators it will allow “bad actors with roadmaps to get around our protections,” and called the bill’s requests “onerous and problematic” since companies can potentially face penalties and investigations when reports are filed.

If the bill passes the Appropriations Committee, it will be heard again in the Senate.