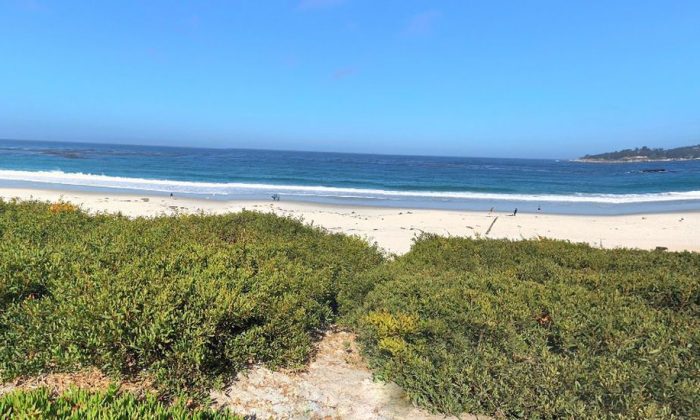 California Man Tries to Impress Girlfriend on the Beach, Backfires

A man who was apparently trying to impress his girlfriend was forced to call the police after his stunt backfired.

A man tried to drive on the beach early on March 9 before his vehicle was stuck for seven hours, said police in Carmel by the Sea, which is located near Monterey.

“What not to do: Drive car on beach to impress girlfriend,” said a post on the department’s Facebook page.

A photo shows the car stuck up to its axles in the sand. Meanwhile, the young man and his companion are seen looking at it.

What not to do: Drive car on beach to impress girlfriend. Driver was cited for driving on the beach and we’re still working on getting his vehicle out!

Posted by Carmel By The Sea Police Officers Association on Saturday, 9 March 2019

A local resident who commented on the page said the driver was a “sweet kid … from San Jose.” She claims to have met him at around 7:30 a.m., hours after his car got stuck.

Officer Rachelle Lightfoot said offices got a call from the man at around 3 a.m., reported SFGate.

“He called us, he said, ‘I messed up. I’m stuck. I need help,’ so we went down and assisted him,” Lightfoot said.

They cited him for driving on the beach, adding that he had to get a private tow company to remove his car from the beach.

Lightfoot said that a “bunch of different trucks” attempted to remove his vehicle before a tractor was called to help.

“The guy thought it was a road, he said,” Lightfoot added. “I mean, there’s rocks there and it’s pretty obvious that you’re not supposed to drive in that area.”

She noted, however, that the driver “made a mistake, an error of judgement.”

“This poor guy, he’s a nice kid. He just made a bad decision and it cost him some money and a lot of time,” she said.

This type of incident occurs from time to time at Carmel Beach, adding that there is a reason why barriers were erected in the vicinity of the beach.

“Just try to, you know, respect barriers,” Lightfoot said. “They’re not trying to keep you from having fun. They are there for a reason.”

Don’t Do This, Police Say

In another part of California, fire officials posted a photo to warn drivers not to park in front of a fire hydrant.

Photos posted by the Anaheim Fire and Rescue showed a hose going through the car that was illegally parked in front of a hydrant.

Ever wonder what happens when a car is parked in front of a fire hydrant and a fire breaks out? Is a closer parking spot worth the broken windows and the citation and towing fees to @AnaheimPD? @City_of_Anaheim residents please do not park in fire lanes pic.twitter.com/Q96E4gfTOR

“Ever wonder what happens when a car is parked in front of a fire hydrant and a fire breaks out? Is a closer parking spot worth the broken windows and the citation and towing fees?” asked the office.

It then urged residents not to park in fire lanes.

Anaheim police retweeted the photos and told drivers that red curbs exist for a reason.

No other details were released about the incident.

Other tips include taking advantage of low mileage discounts, maintaining a good credit score, and asking about group insurance.

For older vehicles, “consider dropping collision and/or comprehensive coverages … If your car is worth less than 10 times the premium, purchasing the coverage may not be cost effective. Auto dealers and banks can tell you the worth of cars,” the website says.