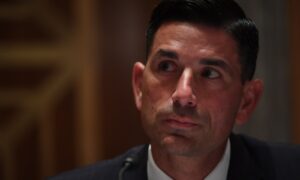 Violent Extremists Are Greatest Terror Threat Inside US: Department of Homeland Security
0 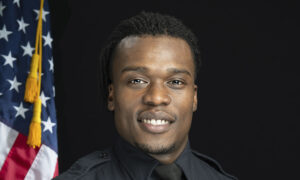 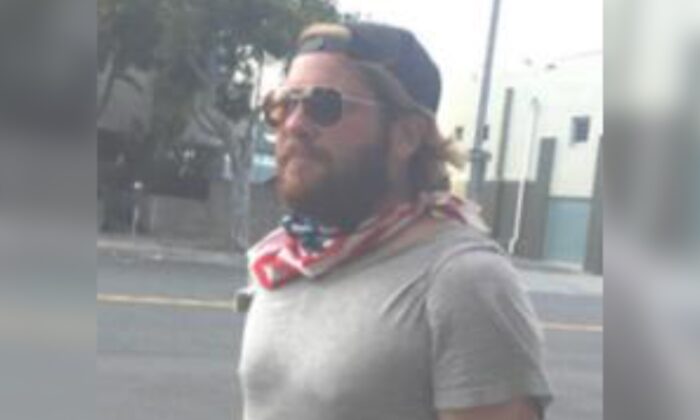 A California man was taken into federal custody on Oct. 13 on charges alleging he set fire to a Santa Monica Police Department vehicle in late May during civil unrest that accompanied widespread protests.

Irvine man Nathan Wilson, 27, is facing a federal charge of malicious damage to property owned by an institution or organization receiving federal financial assistance, the Department of Justice said.

Officials believe Wilson is linked to a May 31 incident, which saw an unmarked Santa Monica Police car parked at the loading dock of the beachfront city’s Civic Center set ablaze amid civil unrest in the area.

According to an affidavit filed with the complaint, Wilson was initially identified through social media posts that showed the person who set the vehicle on fire as wearing an American flag bandana face covering, and as having a “distinctive tattoo of a rifle on his left arm.”

The 27-year-old had uploaded a photograph to his Instagram account which showed him in the area on May 31, looking “exactly like the person seen in other social media posts who stoked the fire that destroyed the police car,” the affidavit alleges.

Do you recognize this suspect who is seen in photos wearing a hat from Don Pisto restaurant? He’s wanted by #FBI & @SantaMonicaPD for the #arson of a police vehicle on May 31, 2020. Call SMPD or FBi to claim the #Reward offered. #SafeLA #FugitiveFridayhttps://t.co/uSJVseZaFX

In June, the FBI and Santa Monica Police then asked the public’s help to locate him. They offered a reward of $10,000 reward for information leading to his arrest, but were ultimately not able to identify him.

Last month, however, the 27-year-old became a suspect in a vehicle arson in the city of Irvine, and authorities were able to link him to the May 31 fire incident.

A search warrant executed by the Irvine Police Department and the FBI at his Irvine home led to the recovery of items of clothing that appear to be the same seen on Wilson in the various photos taken near the destroyed police car, according to court papers.

Wilson was expected to make an initial appearance in United States District Court in downtown Los Angeles on Tuesday afternoon. If convicted, he faces a mandatory minimum sentence of five years in federal prison and a statutory maximum sentence of 20 years.