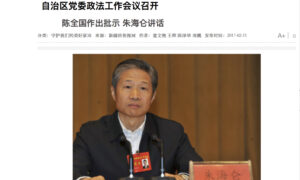 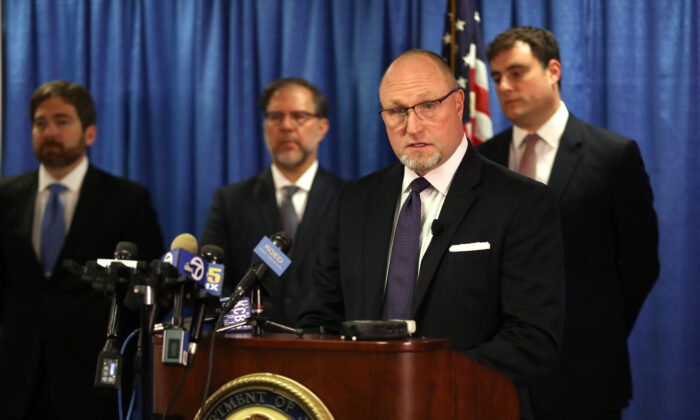 A California man has agreed to plead guilty to serving as an unregistered agent for China in exchange for a possible reduced prison sentence as part of a plea deal, according to reports.

Xuehua Edward Peng, 57, a former tour operator in the San Francisco Bay Area, agreed on Nov. 25 in court to a prison sentence of four years and a fine of $30,000.

The exchange was negotiated as part of a plea deal with prosecutors, who accused him of working as an illegal foreign agent and delivering classified U.S. national security information to officials in China’s Ministry of State Security (MSS)—the country’s chief intelligence agency.

However, U.S. District Judge Haywood S. Gilliam Jr. said he would decline to accept Peng’s plea deal until he is sentenced, which is scheduled for March.

Peng, a naturalized U.S. citizen, was arrested on Sept. 27 at his Hayward residence and has been in federal custody since then.

The 57-year-old appeared in court on Dec. 2, speaking through a Mandarin interpreter, where he told the judge that he was guilty and that he understood the terms of the agreement.

The criminal complaint accuses Peng of being a “courier” for the MSS. It said that from 2015 to July 2018, Peng retrieved secure digital (SD) cards containing classified information relating to U.S. national security from hotels in San Francisco and Columbus, Georgia. He then traveled to Beijing to deliver the SD cards.

The SD cards were left at the hotels for Peng by a confidential human source, who was acting as a double agent for the United States, according to court documents.

The complaint said Peng also left envelopes containing between $10,000 and $20,000 in hotel rooms as payment for the source.

Prosecutors said Peng was acting under the direction of MSS agents in China and was told by his MSS handler in coded language the details of assignments, including where and when to conduct the package drop-offs, how much money to leave in exchange for the SD cards, and when to travel to China to deliver them.

In his plea agreement, Peng said he agreed to collect and deliver information after a state security official with China approached him during a business trip in 2015. In total, Peng said he made six trips between 2015 and 2018, leaving as much as $20,000 at a time in the envelopes, and was paid “at least $30,000 for the acts” he performed as a courier.

Peng said he had no knowledge of the content stored on the devices.

“I was never informed of the contents of these devices and at no time learned what information was stored on them,” Peng said in the plea agreement.

Daniel Olmos, a defense lawyer for Peng, said, “The plea speaks for itself.”

Peng, who was naturalized in September 2012, initially entered the United States on a temporary business visa in 2001, and became a lawful permanent resident in 2006 following his marriage.

FBI Director Christopher Wray has said China poses a more serious counterintelligence threat to the United States than any other country, including Russia.

The Associated Press and Cathy He contributed to this report.