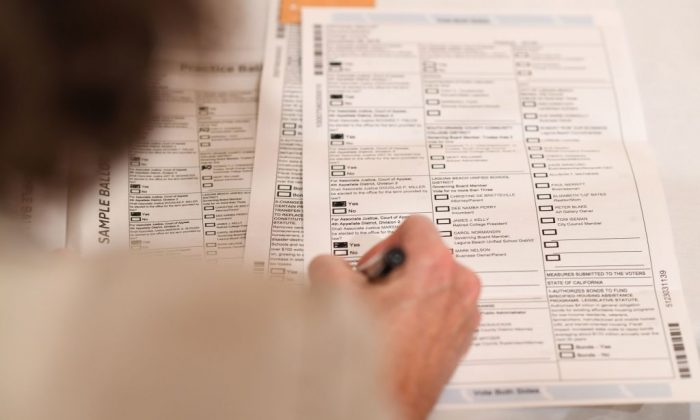 Initiated by state Sens. Scott Wiener (D-San Francisco) and Mike McGuire (D-Healdsburg), the bill would require presidential and gubernatorial candidates to release five years’ worth of tax returns to have the candidate’s name placed on a primary election ballot.

Both senators identified President Donald Trump as the primary target and reason for the legislation. Passing SB 27 into law would allow California to remove Trump’s name from 2020 primary election ballots mailed to Californians, rendering voters unable to vote for Trump altogether.

“Gavin Newsom has led by example–releasing his tax returns during his run for the governor’s office. He didn’t have anything to hide and he put his own interests aside in the name of transparency. It’s time President Trump does the same. The president needs to step up, stop with the obstruction, and follow through with 40 years of time-honored tradition that has made this nation’s democracy stronger, and release his tax returns,” McGuire said in a press release justifying his reason for creating the bill.

However, SB 27 has been met with criticism, as people point out that the bill is a violation of federal laws and voters’ rights.

A group of people gathered in front of the state capitol building on June 22 to voice their concerns. People held signs that read “My Vote, My Right” and “Stop SB 27, My Vote Counts,” among others.

Speakers at the gathering explained that the problem with SB 27 is not about President Trump’s tax returns, but rather about our state legislators’ actions and the rights of United States citizens.

“In the case of President Donald Trump, if you’re familiar with Donald Trump, he’s had his tax returns looked at more than any other American by the IRS. If he did something wrong, I tell you, that man would be in jail. So, this isn’t about, again, Donald J. Trump, this is an overreach of an overbearing government, something our founders warned us about,” said Erin Cruz, 2020 candidate for representative for California’s District 36.

Other speakers echoed Cruz’s concerns, saying they believe that California legislators are using their power to take away the rights and liberties of citizens and are not concerned about the well-being of their constituents.

“You will never stop me from voting for who I want, this is a free country, I have freedom of choice and I can choose who I vote for,” said Agnes Gibboney, an “Angel mom” whose son was killed by an illegal immigrant.

In addition to the concerns over a violation of voter rights and freedom of choice, SB 27 also conflicts with federal laws.

The Epoch Times reached out to Dhillon Law Group for an explanation on the legality of SB 27.

“In my view, overall, is that it is unconstitutional for a state to add these types of requirements to the eligibility requirements [of presidential candidates] set by the United States Constitution,” said Harmeet Dhillon, attorney at Dhillon Law Group Inc.

Dhillon elaborated that even if California passes SB 27, the bill will likely be taken to court over legality issues.

Article II of the U.S. Constitution sets the requirements for presidential candidates. Amendments and changes to the Constitution must pass through the House and Senate with a two-thirds approval vote, then approval from the 50 states with three-fourths vote before an amendment is ratified.

As such, requiring presidential candidates to release five years’ worth of tax returns as part of their candidacy qualifications would entail an amendment to Article II of the Constitution.

Dhillon explained that SB 27 is unlikely to become law due to state legislators’ power being limited to regulating who can vote, how people of their state can vote, and “ministerial registration requirements, number of signature people have to get, and things like that.”

When asked what the Trump administration could do in response, Dhillon said: “They [Trump’s campaign] will probably respond by condemning it, pointing out that it’s unconstitutional, and filing a lawsuit. That’s really about the extent of it.”

The Epoch Times reached out to the offices of Sens. Wiener and McGuire for a comment, but neither office replied to the inquiry.