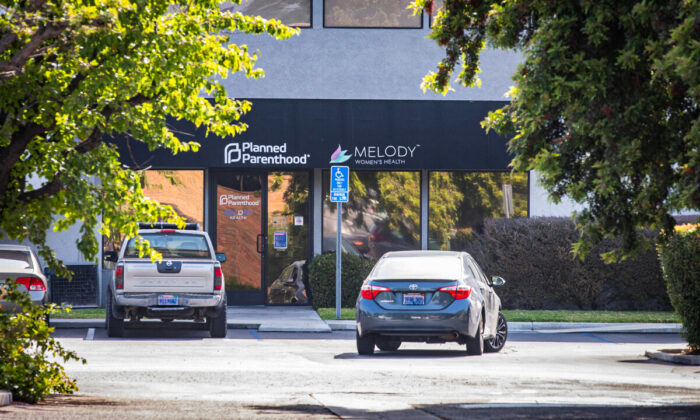 When the U.S. Supreme Court’s Dobbs opinion reversing Roe v. Wade leaked earlier this year, I wrote that California Democrats will try to turn this into an election issue as they have nothing else to run on, but that in so doing they would likely overplay their hand. It has happened.

The California legislature and Governor Gavin Newsom have rushed to put a constitutional amendment on the ballot in November. Even though the California supreme court has already ruled that the constitution contains a right to privacy that includes abortion rights, the Democrats want the amendment so that the issue is on the November ballot. When you read the text of the proposed amendment, it becomes clear there is a second, radical reason for the amendment.

Notice that the amendment places no limitation on these rights. Thus, it appears women, and doctors, will have the right to abort a child right up until the time of birth. A one hundred percent, fully formed and ready for delivery baby, it appears, can be killed and removed and thrown in the trash under this amendment. This certainly blurs the line between birth and abortion.

For instance, does the baby have to be killed while inside the womb, or can it be killed outside the womb? It raises so many troubling questions that I found myself looking up the definition of the word “abortion.” This is an important question considering it may wind up in the constitution, undefined.

It turns out there is no settled definition of “abortion.” Wikipedia notes, “Definitions of abortion vary from one source to another.  Abortion has many definitions that can differ from each other in significant ways. Given the contentious nature of abortion, lawmakers and other stakeholders often face controversy in defining abortion.” Considering this, it is quite interesting that California leaders chose not to define the term or place any limits on it.

If you google the definition of abortion the Oxford dictionary comes up with “the deliberate termination of a human pregnancy, most often performed during the first 28 weeks of pregnancy.” Under this definition an abortion could be performed at any time. Of course, it is “most often performed” in the first 28 weeks because nowhere is it legal after that absent the health of the mother. Applying this definition to the amendment would confirm that it is intended to permit it at any time.

Another place to look is Congress and the U.S. Supreme Court. They used the term “partial birth abortion” to refer an abortion performed in the second and third trimesters involving “a surgical procedure that removes an intact fetus from the uterus.” In Gonzales v. Carhart, the Court upheld the federal Partial-Birth Abortion Ban Act of 2003 as a reasonable restriction on abortion rights. In so doing, both Congress and the Supreme Court confirm that an “abortion” can take place in the third trimester, i.e., right up until birth.

With all this uncertainty, why would California leaders leave the term undefined? It is likely because they want the term to be defined as broadly as possible while not expressly stating that the right remains right up until birth. They now have plausible deniability that that is not what is intended.

One clue can be found in Assembly Bill 2223, which recently passed the state Assembly and now awaits a vote in the Senate. It effectively legalizes abortion right up to the date of delivery. It protects women from any criminal or civil liability for an abortion at any time. It expressly protects women who engage in a “self-managed abortion, which means ending one’s own pregnancy outside of the medical system.”

We also know that Newsom is intent on making California the most abortion friendly state in the nation. He intends to spend $125 million this year on his “Reproductive Health Package.” The monies will go to ensure everyone can get a free abortion regardless of whether they have insurance and without any co-pay. In California, abortions will be easier and cheaper to get than physicals. The package earmarks tens of millions to “reproductive health care providers,” aka abortion clinics, to entice more to open in order to expand access and prepare for the influx of “abortion tourism.”

Newsom had originally indicated that California would pay the travel expenses of women coming to California for abortions, but he pivoted and now notes that the tens of millions to the clinics are designed to free up their budgets so they can use their own money to help women travel to California.

Newsom also sees an opportunity to woo businesses to relocate to California, touting, in addition to California’s beautiful weather, its plentiful and majestic abortion clinics. California has been losing companies to states offering business friendly climates for decades. Newsom hopes to turn that around by appealing to companies concerned that pregnant employees are bad for the bottom line. (He may be on to something since Dick’s Sporting Goods announced it would pay employees up to $4,000 in travel expenses to obtain an abortion.)

So, as expected, just days after the ruling, Democrats have already overplayed their hand. Abortions up until birth is a fringe position offensive to most people. But so is requiring a rape victim to carry the rapist’s baby to term. For Republicans to capitalize on this issue, they must leave the radical positions to the Democrats.