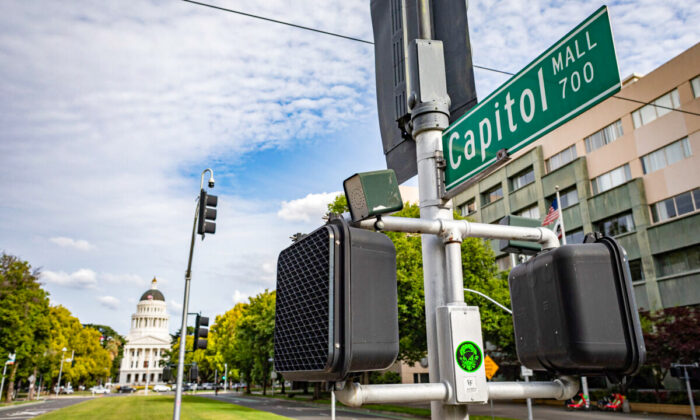 California lawmakers failed to pass gun control legislation on Sept. 1 that would have added new limits to the state’s concealed carry laws.

The measure that opponents called one of the most extreme in the nation would have placed more than three dozen new limits on lawfully carrying concealed guns in public and added several new hurdles for citizens to obtain concealed weapons permits.

The state Assembly was one vote short of passing Senate Bill 918, which required the support of two-thirds of members to pass.

State Sen. Anthony Portantino (D-La Cañada Flintridge), who introduced the bill, vowed to bring it back in December when lawmakers reconvene.

“I am very disappointed from last night’s outcome,” Portantino said in a statement to The Epoch Times. “California must continue to lead the nation on sensible gun control. To come up one vote short is beyond frustrating and to know that one Assemblymember purposely reversed his vote specifically to kill this important public safety measure is reprehensible.”

The bill was one of a dozen gun-control bills prioritized by Gov. Gavin Newsom after the U.S. Supreme Court’s Bruen decision in June, in which the court overturned a New York gun control law, ruling the state’s law requiring a license to carry concealed weapons in public places is unconstitutional.

The decision also found it was unconstitutional to ask applicants to demonstrate extraordinary reasons why they needed a concealed weapons permit—a requirement in six states, including California, which requires applicants to show they have a good cause to need to carry a weapon.

“I am deeply disappointed that Californians’ right to live, work, and congregate safely remains at risk as a result of this initial outcome in our Legislature,” state Attorney General Rob Bonta told The Epoch Times in a statement. “But make no mistake: We intend to take any and all action necessary to ensure we get a bill that will correct the dangers presented to our communities as a result of Bruen.”

The bill needed 54 votes in the 80-member Assembly to take effect immediately.

Gun Owners of California, a gun-rights lobbying organization, said a coalition of the pro-Second Amendment community and California sheriffs opposed the bill for several reasons and will oppose it again if it’s reintroduced.

“The bill would have made it almost useless to have [concealed weapon] permits because it would have named so many sensitive places throughout California. It would have been impossible for [permit holders] to go from their home to a business and visit family members without breaking laws in their travels,” Sam Paredes, executive director and chief lobbyist for the group, told The Epoch Times.

The measure would have prohibited legally carrying concealed weapons in several more locations, including schools, churches, parks, airports, sports venues, hospitals, and much more. It would have also applied to any privately-owned commercial business open to the public unless that business posts a sign telling concealed carry licensees that they can carry a firearm into the business. The property surrounding these locations would also be off-limits.

Violations of these rules would become misdemeanors.

The bill also required agencies to conduct investigations on concealed weapons applicants that included an in-person interview; three character reference interviews, one from a spouse or cohabitant, and a review of all social media posts.

“This was an extremely extreme law and we’ve defeated it for now,” Paredes said. “We’re enjoying our victory but we’re ready to fight again.”

The California State Sheriff’s Association also opposed the measure, saying it created more problems than it purported to solve.

“The circumstance of a [concealed weapon] holder committing a crime is exceedingly rare yet this bill imposes overreaching provisions that will likely be challenged in court, leaving uncertainty in issuance procedures,” the sheriff’s association wrote in a letter to the Assembly.

The sheriff’s association said the Legislature should instead “address preventing gun crimes committed by those who disobey the law and holding them accountable.”

Among lawmakers who voted against the bill, Assemblyman Thurston “Smitty” Smith (R-San Bernardino) said the bill was a way to work around the U.S. Constitution.

“SB 918 is a bill that aims to remove a significant portion of the [concealed carry permitting] process from local jurisdictions,” Smith told The Epoch Times in a statement. “I firmly believe that the proposed process under SB 918 dissuades law-abiding citizens from pursuing a [permit] to provide for their protection and their families.”

The ability to possess a firearm is a fundamental right to protection, especially considering the increased crime that California is facing today, Smith added.

“[Concealed weapon permit] holders are law-abiding and deserve to be portrayed and protected under California law,” Smith said.

In May, Newsom vowed to fast-track a series of gun-control legislation, saying that doing so would reduce gun violence. The bills were introduced in the state Legislature hours after a deadly mass shooting at an elementary school in Uvalde, Texas, that claimed the lives of 19 children and two adults on May 24.

Following the unsuccessful vote on SB 918, California chapters of Moms Demand Action, a national gun control lobbying organization, and Students Demand Action called for the governor to call a special legislative session to pass the bill.

“Lawmakers must act in the wake of this reckless court decision, like in New York, where a similar bill has already gone into effect after state lawmakers acted with urgency,” the groups said in a joint statement. “Thankfully, Governor Newsom is a strong ally in the fight for gun safety, and now he will need to act because our lawmakers didn’t have the courage to: He must call a special session and get this crucial legislation across the finish line.”