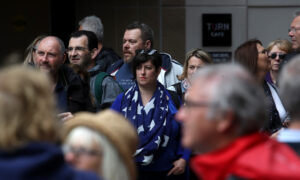 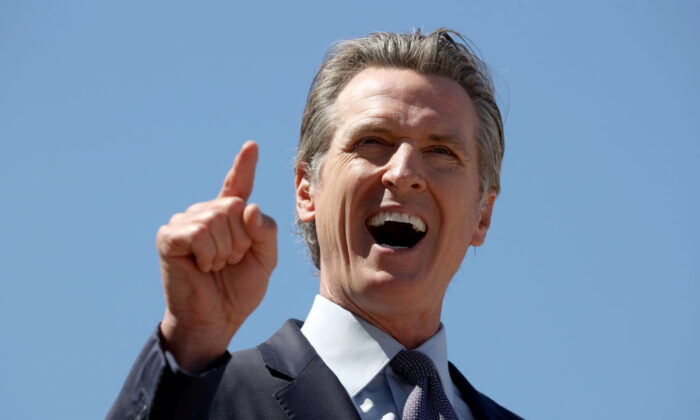 In the wake of California’s continuation of a state of emergency, lawmakers are questioning Gov. Gavin Newsom’s use of power.

“The Emergency Services Act is there to allow the state to respond in a coordinated and proactive way, when there is an emergency, whether that’s an earthquake, or a fire, or a pandemic,” Assemblyman Kevin Kiley (R-Sacramento) told The Epoch Times. “It is designed to give the governor an ability to really bring together the full resources of the state government to mitigate the threat.”

Rather than using the act for its intended purpose, Newsom is using executive powers to bring together the resources of the three branches of government, giving him unlimited power to rule the state by decree, Kiley said.

“The emergency centralizes the state’s powers in the hands of the governor, which is an interpretation that no one has ever given to the law, and it’s something that the constitution does not allow.”

Kiley said job of state legislators is now nonexistent as the governor has taken full control.

“The governor from the earliest days of this state of emergency basically took over the job of the legislature,” he said. “He issued dozens and dozens of executive orders, many of which are essentially just laws that he created that didn’t go through any legislative process were simply hashed out by him and his advisors, and maybe special interest groups behind closed doors … and then pronounced and forced against the public which is not the way the lawmaking process is supposed to work.

“He has gone well beyond the sort of emergency response capability that emergency powers are intended for… and made new policies across a whole host of domains.”

Policies include sending ballots to every voter during the 2020 election season, Kiley said, with other examples including an eviction moratorium and policies related to debt collection.

Although California celebrated the reopening of its economy June 15, its state of emergency order remains in place. The governor has said that while he’s continuing to wind down some executive actions put in place in March 2020, a subset of provisions that facilitate the ongoing recovery—such as the provision allowing pharmacy technicians to administer vaccinations—will remain in place.

“California is turning the page on this pandemic, thanks to swift action by the state and the work of Californians who followed public health guidelines and got vaccinated to protect themselves and their communities,” Newsom said in a June 11 press release. “With nearly 40 million vaccines administered and among the lowest case rates in the nation, we are lifting the orders that impact Californians on a day-to-day basis while remaining vigilant to protect public health and safety as the pandemic persists.”

During a June 4 press event, Newsom defended the continuation of California’s state of emergency order.

He told reporters: “We’re still in a state of emergency; this disease has not been extinguished. It’s not vanished. It’s not taking the summer months off.”

Former California senator John Moorlach said there was an attempt to discuss the governor’s executive powers at the end of last year’s legislative session in September.

“We tried to do a resolution requesting that we debate whether or not he should continue to be able to do executive orders, and the Democrats just would not let it come out of rules committee, or come to the floor,” Moorlach told The Epoch Times. “He has the power to issue executive orders, with the full support of the supermajority.”

Moorlach said that as long as the supermajority allows him to, the governor can keep the emergency powers.

“[Lawmaking] is supposed to be a joint effort between the legislature and the executive branch, and right now it’s more of a dictatorial model, but the legislature happens to be fine with that,” he said.

Moorlach added, “I have found that the Supreme Court of California and its chief justice have displayed biases. So if I had to make a prognosis, I would probably venture to guess that they would not want to hear the case. When it comes to constitutional scholarship, the Supreme Court just doesn’t seem to be up to the task.”

Since using his executive powers to place restrictions on houses of worship and other public places during the COVID-19 pandemic, the governor has faced multiple lawsuits.

On May 17, a lawsuit from a Pasadena church against the governor regarding restrictions placed on houses of worship was settled in favor of the church.

The lawsuit claimed that Newsom’s COVID-19 restrictions discriminated against religious buildings while other businesses and gatherings were allowed to occur.

It was ruled that the state is forbidden from placing discriminatory restriction on places of worship. Additionally, the state is required to pay $1.35 million in reimbursement for attorney charges.

Newsom has maintained emergency powers since declaring a state of emergency due to the COVID-19 pandemic in March 2020, when he issued his first set of executive orders.

The governor is required by law to terminate the state of emergency power at the earliest possible date. However, there is no indication of when it will be lifted.