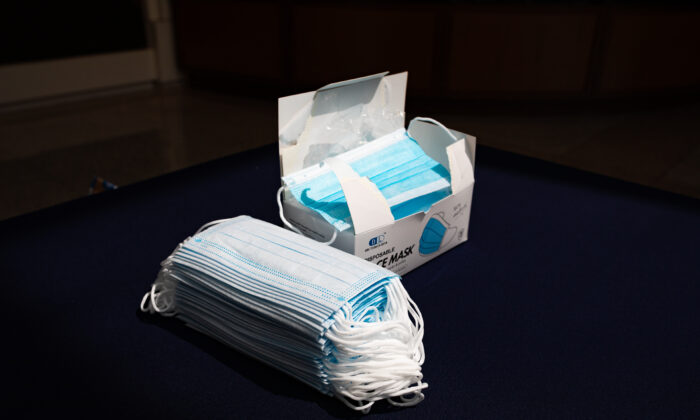 The issue had been heard by a state assembly committee before in May 2020, but Yee’s association with the matter was only revealed in a civil lawsuit filed in September of last year.

Yee has been in office since 2015 and her job entitles her to overlook state spending and provide financial guidance to local governments.

“From my experiences with the Controller this is very out of character, and it is concerning if the reports are accurate,” Assemblywoman Cottie Petrie-Norris (D-Irvine) said in a statement to The Epoch Times May 13.

Amid the start of the COVID-19 pandemic, recently filed lawsuits highlight how Yee was in contract contact with a startup medical supplies company, named Blue Flame, started by political consultant John Thomas who had no experience in the health care industry, according to court documents.

The filing also indicates the two had been introduced March 20, 2020, by a fundraiser and partner of Blue Flame’s and Yee’s political fundraiser. Three days later, according to the lawsuit, Thomas filed paperwork forming his company as an LLC.

Thomas had contacted Yee, days after forming his business, the lawsuit alleges, asking her to reach out to Gov. Gavin Newsom’s office regarding purchasing 100 million N95 masks.

According to court documents, Yee within days was then put into contact with California’s Department of General Services, which operates as a business manager of sorts for the state.

Shortly after, on March 25, 2020, the state cut an advance check for the masks—payment that was wired to Blue Flame’s bank—Chain Bridge, which is based in Virginia.

However, the wire transfer was flagged as potentially fraudulent and refused.

“The bottom line is the Blue Flame fiasco was a near miss for the state. This incident and others, where the state was scammed out of billions of taxpayer dollars, really drive home the importance of competitive bidding,” Petrie-Norris said.

“Elected officials need to do everything in his or her power to remove themselves from a contracting process,” Chen told The Epoch Times.

Betty Yee’s office did not respond to a request for comment.

An earlier version of this article incorrectly stated the date Yee and Thomas had been introduced. The Epoch Times regrets the error.