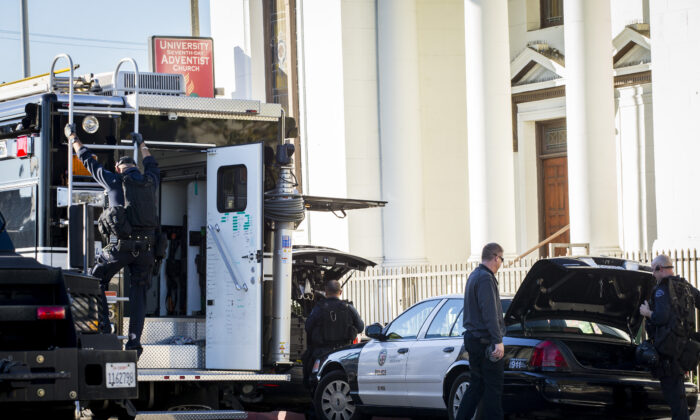 California legislators are attempting to reinstate harsher penalties for shoplifters who steal less than $950 by repealing Proposition 47—a law that downgraded some crimes from felonies to misdemeanors.

This week, Chico City Council became one of the latest supporters of Assembly Bill 1599—a bill introduced by Assemblymen Kevin Kiley (R-Rocklin), James Gallagher (R-Yuba City), and Jim Patterson (R-Fresno) on Jan. 3 that would reimplement harsher criminal penalties that were relaxed by Proposition 47 in 2014.

“We watched the crime rates go up every year consistently,” co-author of the bill Assemblywoman Laurie Davies (R-Laguna Niguel) told The Epoch Times. “This is long overdue.”

Last month, Assemblyman Rudy Salas (D-Bakersfield) similarly introduced Assembly Bill 1603 to crack down on retail theft in the state by reducing the threshold for petty theft from $950 back to $400, which was the law in California before Proposition 47 was passed.

The proposed legislation comes amid a wave of smash-and-grab robberies that have received heavy media attention as groups in Los Angeles and San Francisco have committed such crimes at a number of high-end retail outlets.

In San Francisco, there have been over 3,000 incidents of theft reported so far this year—nearly 400 more than the prior year—according to the San Francisco Police Department.

“There is no accountability, and you see in San Francisco stores going under,” Davies said, adding that shoplifters will calculate the price of the stolen goods to avoid a felony charge.

The crime crisis is a nonpartisan issue that impacts all business owners in the state, said the co-author of another bill, Assemblyman Tom Lackey (R-Santa Clarita).

“You have aberrant behavior that goes without address, and you also have the economic issue to address [for storeowners] so it’s a loss all the way around,” Lackey told The Epoch Times.

As stores abruptly lose hundreds in sale products, the continued abuses with no severe penalties are allowing criminals to continuously strike, Lackey said.

When Proposition 47 was passed, Lackey said residents didn’t understand the extreme repercussions of the law that we’re witnessing today.

The law was intended to not over-penalize deviant behavior, but it was taken too far, Lackey said.