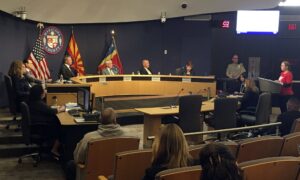 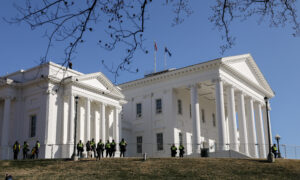 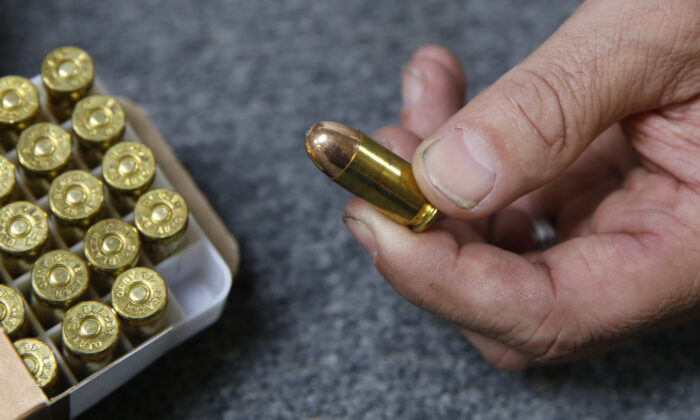 A man holds .45-caliber ammunition at a gun shop in Shingle Springs, California, on June 11, 2019. (Rich Pedroncelli/AP Photo)
US News

A federal judge in California blocked a law requiring a background check to buy ammunition, ruling that it violated the Second Amendment right to bear arms.

On Thursday, U.S. District Judge Roger Benitez, a George W. Bush appointee, ruled in favor of a lawsuit brought by the California Rifle & Pistol Association and out-of-state ammunition sellers that called on a halt to checks and related restrictions on sales of ammunition.

“The experiment has been tried. The casualties have been counted. California’s new ammunition background check law misfires and the Second Amendment rights of California citizens have been gravely injured,” Benitez wrote in the ruling and called the law “onerous and convoluted” and “constitutionally defective.”

In 2016, California voters approved stricter gun laws, including background checks on ammo purchases and a ban on high-capacity magazines. Shortly after the restrictions took effect in July 2019, the state was hit with the lawsuit.

The judge argued that the checks hurt legal ammo buyers while doing little to deter criminals from arming themselves. “Criminals, tyrants, and terrorists don’t do background checks,” Benitez wrote.

Attorney General Xavier Becerra said in a court filing that background checks stopped more than 750 people from buying bullets illegally from July 2019 through January 2020, according to The Associated Press.

“This is a devastating blow to the anti-gun-owner advocates who falsely pushed Prop 63 in the name of safety. In truth, red tape and the state’s disastrous database errors made it impossible for hundreds of thousands of law-abiding Californians to purchase ammunition for sport or self-defense,” Michel said in a statement. “The court found that the flimsy reasons offered by the government to justify these Constitutional infringements were woefully inadequate,” he added.

While the association said it expects the state to appeal the ruling, it stated, “Californians can sleep a little easier tonight knowing their Constitutional rights were restored and strengthened by this decision.”

Last year, Benitez struck down the state’s ban on high-capacity gun magazines over 10 rounds, stating in an 86-page order (pdf) that “individual liberty and freedom are not outmoded concepts.”

Arguing why California’s ban on high-capacity magazines should not be enforced, Benitez cited a study on the use of firearms for self-defense, which estimated that there are 2.2 to 2.5 million defensive gun uses by civilians each year. Of those, as many as 400,000 defensive gun uses were in situations where defenders believed that by using the gun, they had saved a life.