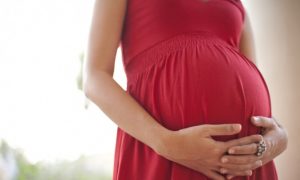 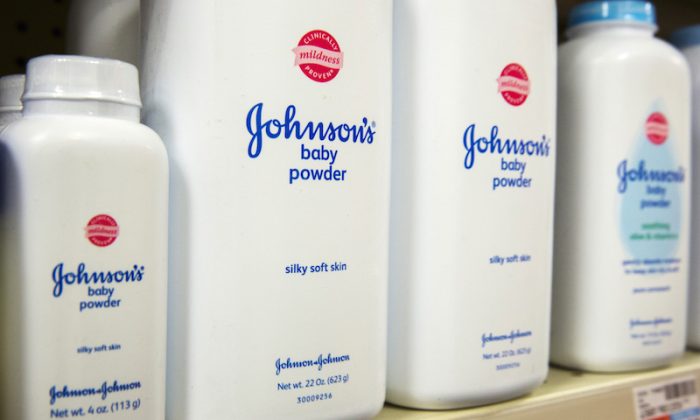 OAKLAND, Calif.—Johnson & Johnson must pay $29 million to a woman who claimed its baby powder gave her terminal cancer, a California jury ruled on March 13.

A Superior Court jury in Oakland found the world’s largest health care company mainly liable for Teresa Leavitt’s mesothelioma. The verdict said that the baby powder was a “substantial contributing factor” in her illness.

Her suit is one of many that link cancers to asbestos in Johnson & Johnson’s talc-based products and contend that the company concealed the health risk for decades.

Johnson & Johnson is facing some 13,000 similar lawsuits around the country.

The company has insisted that its talc-based products are demonstrably safe but it has lost a string of court cases.

Last year, a Los Angeles jury awarded $25.7 million to a woman who blamed her cancer on the powder.

Johnson & Johnson’s stock price dropped nearly 2 percent after hours on Wednesday before recovering to close at $139.41.

Johnson and Johnson found guilty of peddling cancer-causing baby powder.
These “phoren” brands will now dump these even more in India and other countries.

Six Chinese consumers exposed that a big automaker in China uses toxic materials in auto parts. Many have contracted leukemia and two people have died as a result. China’s auto industry insiders reveal that using toxic materials in cars are very common in China.

Two families of the victims publicized a signed article on March 9th, saying that six people they know of who bought Audi have contracted leukemia and two of these six people have already died. All these Audi cars were made by FAW-Volkswagen Automotive. They believe the use of toxic material in Chinese-made Audi is the cause of leukemia.

FAW-Volkswagen rolled out Chinese-made Audi Q5 in 2010 and it soon became very popular in the domestic market. However, in 2013, China Central Television (CCTV) revealed in a special program “The Strange Odor in Luxury Cars” that one of the odor sources in Audi is asphalt, used as damping material in Audi produced from FAW-Wolkswagen.

FAW-Volkswagen Automobile is a joint venture between FAW Group and Volkswagen Group which manufactures Audi and Volkswagen passenger cars for sale in China. It is headquartered in Changchun, Jilin Province in northeast China, where it has two auto assembly plants.

Asphalt can release toxic gases such as benzene and benzopyrene. Prolonged exposure to these toxic gases is detrimental to the human body. Drivers and passengers may develop rhinitis, skin diseases, lung diseases, etc. Pregnant women may suffer from fetal deformity or miscarriage. The accumulation of the toxic effects may eventually lead to cancers, such as leukemia and lung cancer.

One of the victims Ms. Lin told Radio Free Asia on March 10 that, after the article was published on China’s social media on March 9, it was viewed more than 400,000 times in one day. Many people contacted her to tell her that they too have contracted leukemia after they purchased Audi made by FAW-Wolkswagen.

“I bought an Audi A4 in May 2015, and I was diagnosed with acute myeloid leukemia M2 in January 2018. It was found that formaldehyde and benzene in my Audi car have seriously exceeded acceptable levels. FAW-Volkswagen previously admitted that one batch of cars have health problems, my car belongs to this batch,” Ms. Lin said. “I later identified five other victims through the Internet, all of them had contracted acute leukemia and had been driving an Audi with strong odor.  When I published the article yesterday, more and more victims have contacted me. All are leukemia patients. The imported Audi’s don’t have any problems. All these victims have a domestic made Audi. One of them smashed the car and pulled out 20-30 pounds of asphalt.”

Back in March 2013, Chinese media 21st Century reported that, according to an auto repair professional who had over ten years of work experience, many domestic car models use asphalt dampers, as this was a common practice for a large number of Chinese automakers.

In addition, a salesperson of a damping material supplier who chose to remain anonymous told 21st Century that his company, one of the largest manufacturers of damping materials for automobiles in China, has a production capacity of 20,000 tons of asphalt dampers per year.

According to experts in the automotive industry, in developed countries, automotive dampers are usually made from polymer resins or rubber. Neither of these two types of material will emit poisonous gases.

The 21st Century report also pointed out there are two main reasons as to why Chinese-made Audi, BMW and Mercedes-Benz use asphalt instead of resin. First, there is no national standard regarding auto parts and accessories. Second, the use of asphalt can help reduce production cost.

In 2012, the total sales of cars of Beijing Benz, BMW Brilliance and FAW Audi were about 650,000. Using only asphalt damping sheets, the total profit of the project will increase by 97 million yuan to 130 million yuan a year.

Mr. Qin, an auto industry employee, explained to Radio Free Asia that when a state-owned auto company established a joint venture with a foreign company, only core components such as engines are imported from foreign countries. It is very common for Chinese carmakers to use inferior materials in less important auto parts and vehicle decorations, as there is no mandatory national standard. Vehicles imported from Europe, America, and Japan do not have these problems.

Victims Seeking Justice To No Avail

Fang Shuai is one of the two victims who passed away from leukemia. His wife told Radio Free Asia that Fang bought an Audi Q5 in December 2014 and was diagnosed with leukemia in 2016. Although he had gone through bone marrow transplant surgery, he still passed away. He was only 40 years old.

Fang’s wife is the only one who filed a lawsuit in Beijing against FAW-Volkswagen so far. The court has been very hostile to her. She tried to seek help from Chinese media, but was chased away.

Fang’s wife believes the difficulty of the lawsuit lies in the fact that FAW-Volkswagen is a state-owned enterprise.

“For example, I have been to Phoenix TV’s mainland China division. I can’t even get in,” she said, “I went to the front desk and explained that I want to provide a news clue with regard to so and so, the receptionist immediately turned hostile and chased me out.”

The Epoch Times reporter Olivia Li controbuted to this report