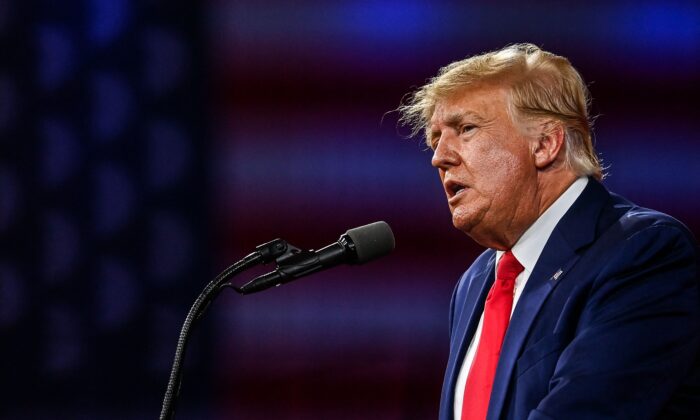 A U.S. District Court Judge on Friday dismissed former President Donald Trump’s lawsuit against Twitter, rejecting his argument that the platform violated his First Amendment free speech rights when they censored his tweets and permanently banned his account.

However, Judge James Donato of the San Francisco federal district court will allow Trump’s lawyers to file an amended complaint by May 27 consistent with his written ruling Friday, but it must seek the court’s permission to add new claims or defendants, Fox reported.

At the time Trump and his team said the lawsuits, which were also filed against Google and Facebook, were about protecting the First Amendment right to free speech. They argued that his rights were denied when the three big tech companies banned him.

Trump’s lawyers also sought to challenge Section 230 of the Communications Decency Act as unconstitutional. They also argued that Twitter used “deceptive and misleading practices” that are in violation of the Florida Deceptive and Unfair Trade Practices Act.

But according to Reuters, Donato said in his written ruling that the First Amendment doesn’t apply to private companies, adding that Trump is “not starting from a position of strength.”

At the time Trump was deplatformed he was a heavy user of Twitter, posting to his 88 million followers several times per day.

Citing the events at the U.S. Capitol on Jan. 6, Twitter permanently closed Trump’s account saying some of his tweets violated the platform’s “glorification of violence” policy.

The company alleged that a speech Trump gave near the U.S. Capitol on Jan. 6, in which he alleged the election had been stolen and called on supporters to protest peacefully, contributed to the violence and breach of the Capitol Building that followed.

On that day, several thousand gathered to protest the formalization of then-president-elect Joe Biden, during a joint session of Congress to certify electoral votes. The certification was delayed several hours when hundreds from amongst the throng of protesters entered the building, forcing a lockdown while lawmakers were evacuated.

As of April, prosecutors have charged nearly 800 people in nearly all 50 states with crimes related to the breach.

Twitter, considered by many to be the world’s digital town square, purported that some of Trump’s tweets could encourage people to replicate the events of Jan. 6, according to Reuters.

Trump first filed his lawsuit in Florida before it was transferred to California.