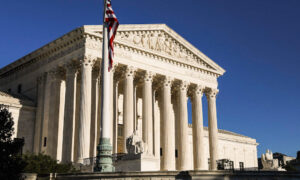 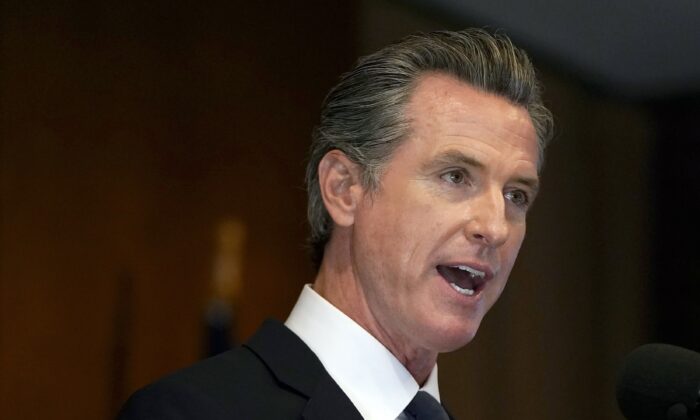 California Gov. Gavin Newsom on Wednesday signed two laws that are meant to make sure women have access to abortion.

California Assembly Bill 1356 boosts penalties for crimes established by the California Freedom of Access to Clinic Act, including posting the home address or home telephone number of abortion providers. The bill elevates the crimes from a misdemeanor to a felony and makes it so those who violate the law face more jail time and higher fines.

The bill also creates new offenses for recording or photographing patients or providers within 100 feet of the entrance to an abortion clinic.

The other law, California Assembly Bill 1184, prohibits health insurers in many cases from sharing information on people who obtain “sensitive services,” including abortion.

“The reason we needed it is at this time when a patient is on someone else’s health insurance, such as a parent or a spouse, there has unfortunately been a real risk that insurers send communications about sensitive health services such as reproductive care, gender affirming care, substance abuse care, mental health care to the policyholder, instead of the patient,” state Assemblyman David Chiu, a Democrat who sponsored the bill, said during a virtual press conference.

Newsom, a Democrat who just survived a recall battle, said new laws protecting access to abortion are critical, especially in light of anti-abortion legislation being passed in states like Texas and the looming Supreme Court decision on Roe v. Wade.

“God forbid Roe is overturned,” Newsom said during the briefing, adding later that “we’re reaffirming the constitutionally protected fundamental rights of women to have the safe and accessible reproductive and sexual health care that they deserve.”

The bills drew some pushback. All Republican state senators wrote to Newsom this month urging him to veto Assembly Bill 1184. They said it prevents parents from being informed when children as young as 12 receive medical services such as abortion.

“We should be encouraging parents and family to be involved in their children’s lives, not removing them further from it,” state Sen. Rosilicie Ochoa Bogh and the other lawmakers wrote.

The California Family Council also opposed the bill. Jonathan Keller, president of the group, said that an insurance policy owner “deserves to know what medical procedures they are paying for.”

Others spoke out in favor of the new laws.

“Access is grateful to our fellow advocates and the legislature for their commitment to ensuring California maintains its reputation as a reproductive freedom state,” said Jessica Pinckney, executive director of Access Reproductive Justice.